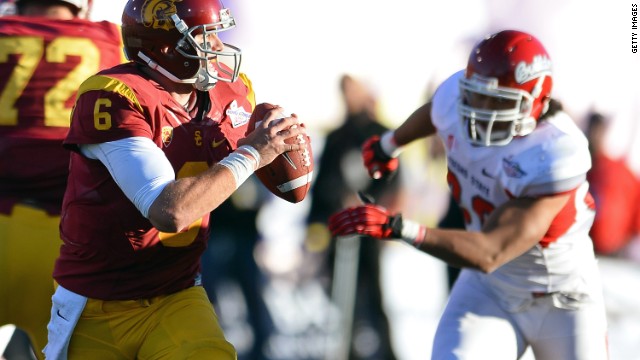 CNN Poll: The BCS got it right, but it has to go

Washington (CNN) - College football fans have a message for the Bowl Championship Series: Good job this year, but it's time to pack it in.

According to a CNN/ORC International Poll released Thursday, 61% of college football fans think the BCS got it right by pitting Florida State against Auburn in the Bowl Championship Series National Championship Game on January 6.

But nearly the same percentage of fans – 62% – said the BCS, a system that uses human polls, computer rankings, and strength of schedule to match the top two teams in the country to play for the national championship, should be done away with.

Only 31% of college football fans said they still support the BCS – a figure that nearly matches the percentage of those who said the BCS got it wrong this year by picking the Seminoles to face the Tigers.

Lucky for those Americans who want the BCS to be done away with, the 2014 bowl series is the last time the BCS system will be used to determine the national title.

In 2012, a group of 12 college presidents who oversee the BCS decided to approve a plan that would allow a four-team seeded football playoff to be in place for the 2015 college football season. “A four-team playoff doesn't go too far,” Virginia Tech President Charles Steger, chairman of the BCS committee, said. “It goes just the right amount. We are very pleased with this new arrangement.”

The decision ends the 16-year run of the controversial BCS – one that saw multiple inquiries by Congress, including in 2008, when three congressmen introduced what they called the NCAA Football Championship Equity Resolution, which stated that the BCS was unfair and a violation of the Sherman Antitrust Act.

Despite the controversy with the BCS, college football remains among one of the most popular sports in the United States. According to the CNN poll, 44% of Americans said they were fans of college football.

The poll was conducted for CNN by ORC International by telephone from December 16 to December 19 with 1,035 people surveyed. The poll has a sampling error of plus or minus three percentage points.