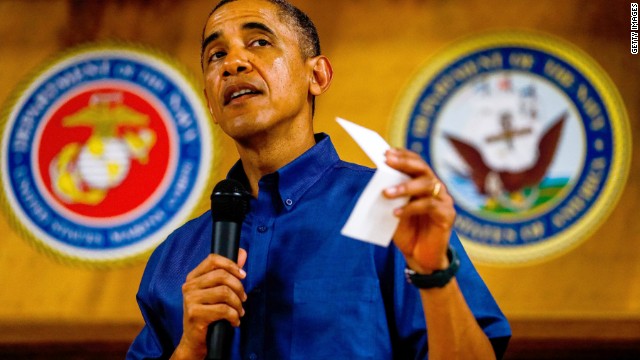 Obama also approved a defense spending bill that includes provisions altering the way sexual assaults are handled in the military. The measure also makes it easier to transfer detainees out of the Guantanamo Bay detention facility in Cuba.

“The continued operation of the facility weakens our national security by draining resources, damaging our relationships with key allies and partners, and emboldening violent extremists,” Obama said in a statement.

The budget deal was crafted by a bipartisan group led by Sen. Patty Murray of Washington state, the Democratic Budget Committee chairwoman; and Rep. Paul Ryan of Wisconsin, a Republican who chairs the House Budget Committee.

It outlines federal spending through 2015, meaning the government will remain open for the foreseeable future. A government shutdown at the beginning of October cost the government millions, and left a large swath of the federal workforce at home.

The president and his family are vacationing in Hawaii over the holidays.