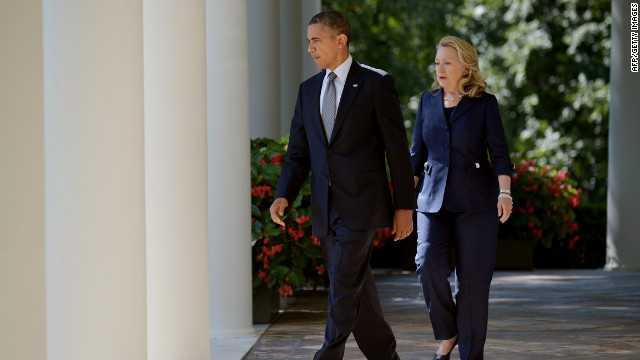 Hillary Clinton is the most admired woman among Americans for the 12th-straight year, according to a national poll released Monday by Gallup.

And for the sixth straight year, the survey indicates President Barack Obama ranks as the most admired man.

Each year in an open-ended format, Gallup asks Americans to name the man and woman living anywhere in the world they admire most.

Clinton, the former Secretary of State, Senator from New York, 2008 Democratic presidential candidate, and former first lady, has topped the Gallup survey 18 times, the most in its history.

She captured 15% support this year, down from 21% last year.

Obama has topped the list as the most admired man each year since his victory in the 2008 presidential election.

But as his approval ratings as President have dropped this year, so has his rating in the Gallup survey. He received 16% support this year, down from 30% in 2012.

"Graham has appeared in the top 10 list far more often than any other man, making his 57th appearance this year. He has never finished first, a spot typically taken by the sitting President," Gallup said in a statement.

The Gallup poll was conducted December 5-8, with 1,031 adults nationwide questioned by telephone. The survey's overall sampling error is plus or minus 4 percentage points.