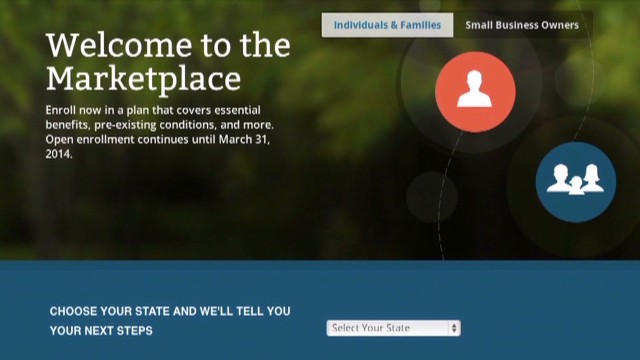 (CNN) - The person tasked with overseeing the development of HealthCare.gov is retiring, the administrator of the Centers for Medicare and Medicaid Services said Monday.

The departure of Michelle Snyder, the chief operating officer at CMS who's been in public service for 41 years, comes a few months after the bungled launch of the federal health care insurance website.

CMS administrator Marilyn Tavenner noted in an email that Snyder was set to leave CMS at the end of 2012 but stayed on at Tavenner's request to help with "the challenges facing CMS in 2013."

"While the agency is losing a key member of its leadership team, we should celebrate Michelle's dedication to a mission that provides vital health care services to tens of millions of our fellow Americans through the Medicare and Medicaid programs," Tavenner said.

Snyder is the second top CMS official to leave since the website's rocky rollout. Tony Trenkle, who served as the agency's chief information officer, retired in November.

Answering questions at an October congressional hearing, Health and Human Services Secretary Kathleen Sebelius said Snyder was the person in charge of the CMS team overseeing the website.

"So Michelle Snyder is the one responsible for the debacle," Rep. Marsha Blackburn, R-Tennessee, said.

But Sebelius clarified: "Excuse me, congresswoman, Michelle Snyder is not responsible for the debacle. Hold me accountable. I'm responsible."

While CMS says most of HealthCare.gov's errors have been fixed, the Obama administration still faces public perception issues as it seeks to bolster enrollment numbers.

The government announced Sunday more than 1.1 million people had enrolled in health care coverage through the federal marketplace between October 1 and December 24.

That number does not include individuals who signed up for insurance through the state-run marketplaces in 14 states and the District of Columbia.