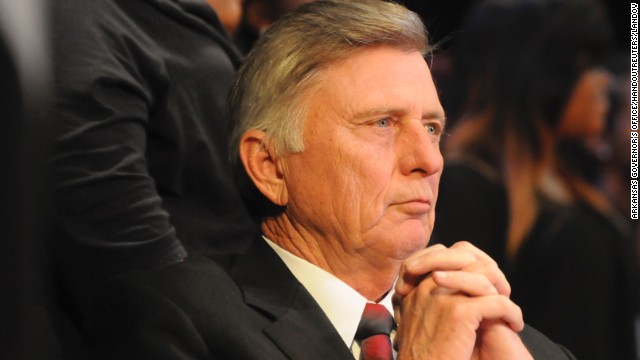 Beebe called Darr on Tuesday to ask for his resignation, according to a spokesman for Beebe, after an Arkansas ethics commission ruled that Darr had broken 11 campaign finance laws since 2010.

After the call, though, Amber Pool, a spokeswoman for Darr, said the lieutenant governor had no intention of stepping down.

In the wake of the ethics ruling, Darr admitted he erred on campaign finance filings, signed a letter from the ethics commission that admitted guilt, and agreed to pay $11,000 in fines.

Beebe's resignation call only holds symbolic weight. The popular governor has no authority to force Darr out because both are independent constitutional officers for the state of Arkansas. According to the governor’s spokesman, Matt DeCample, only the state legislature can force Darr to resign.

After the call with Beebe, Darr attempted to move past the call for his resignation in a statement to CNN.

"The mistakes I made have been well documented," he said. "My focus now is on making things right with the people of Arkansas."

Term-limited, Beebe cannot run for another term in the 2014 gubernatorial race.