Political circus: I'm in whatever party Biden's in

Washington (CNN) - If you watch Vice President Joe Biden, you get the impression that every day is a BFD — the D stands for "day."

And no day is bigger than the State of the Union address - which is kind of like a bizarro world high school reunion where the popular kids are the party in power and members of the minority party often look as if they’re ready to dump a bucket of pig’s blood on the prom king-president.

END_OF_DOCUMENT_TOKEN_TO_BE_REPLACED

(CNN) – The planning for President Barack Obama’s presidential library officially got underway Friday with the announcement of a foundation that will oversee the project.

Three longtime supporters - Martin Nesbitt, J. Kevin Poorman, and Julianna Smoot - will head up The Barack H. Obama Foundation to manage the library development process, according to a press release.

END_OF_DOCUMENT_TOKEN_TO_BE_REPLACED

(CNN) - A lawyer for David Wildstein, a former top appointee of Chris Christie, says there is evidence contradicting what the New Jersey governor has said publicly about the George Washington Bridge traffic lane closures that has roiled his administration.

Wildstein resigned his position at the Port Authority of New York and New Jersey in December amid allegations that Christie appointees had ordered access lanes to the river crossing in Fort Lee closed to punish that town's mayor for not endorsing Christie for reelection.

McConnell, who’s been fundraising for years with eyes on a sixth term in the Senate, has raised a total of $20 million for the race and ended 2013 with $10.9 million left in the bank.
END_OF_DOCUMENT_TOKEN_TO_BE_REPLACED 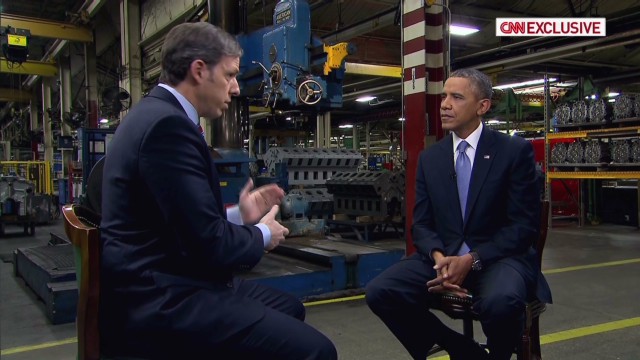 OBAMA: “I have been really impressed so far with the way he has communicated what I think is the essence of the Christian faith and that is a true sense of brotherhood and sisterhood and a true sense of regard for those who are less fortunate … I don't think he needs any advice from me on staying humble.”
END_OF_DOCUMENT_TOKEN_TO_BE_REPLACED

Grimm won’t be charged over clash with reporter

Washington (CNN) – Rep. Michael Grimm, who threatened to throw a reporter off a balcony earlier this week, will not be charged because of the incident.

“Consistent with our law enforcement responsibilities, we looked into the event, determined there isn’t a complainant and have closed the matter,” said Shenell Antrobus, a spokesperson for United States Capitol Police.
END_OF_DOCUMENT_TOKEN_TO_BE_REPLACED 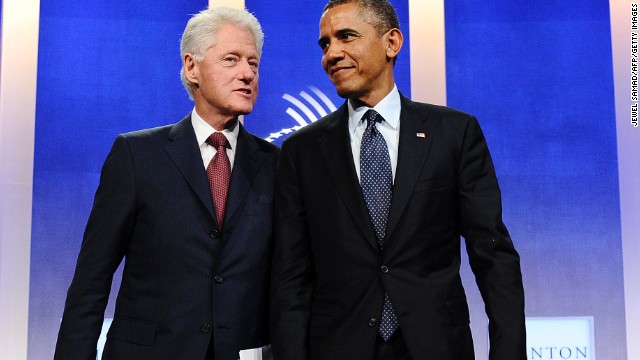 Most of the discussion at the retreat will revolve around messaging for the Democrats' 2014 middle class agenda, a Democratic aide told CNN.
END_OF_DOCUMENT_TOKEN_TO_BE_REPLACED

Extending U.S. borrowing in the early part of this year is the next potential confrontation on fiscal policy with Democrats and President Barack Obama, who has said he would not negotiate over the issue.
END_OF_DOCUMENT_TOKEN_TO_BE_REPLACED 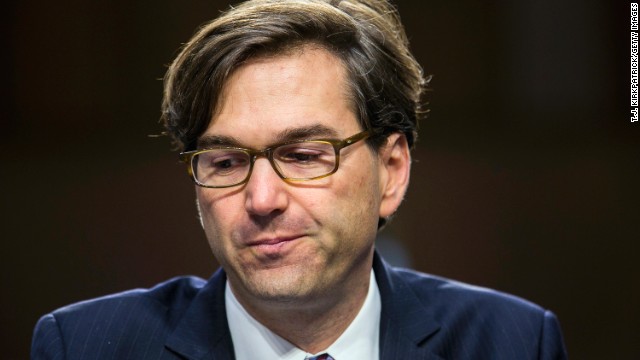 Appearing at a Christian Science Monitor breakfast in Washington, Jason Furman, Chairman of the White House Council of Economic Advisers, was asked how the administration plans to talk about inequality without stoking paranoia among the rich.
END_OF_DOCUMENT_TOKEN_TO_BE_REPLACED

(CNN) - Another new poll from a crucial state in presidential election years indicates Gov. Chris Christie has lost support in Florida and would trail potential Democratic contender Hillary Clinton by 16 percentage points in the Sunshine State.

According to the Quinnipiac University survey, Christie has the backing of 9% of registered Republicans in the state, down from 14% in November.