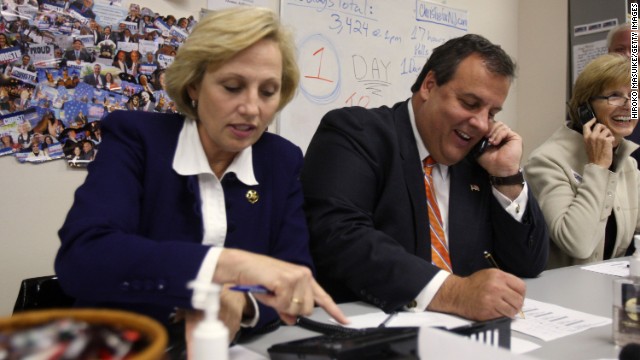 How Christie will start his inauguration day

(CNN) - New Jersey Gov. Chris Christie will begin his second inauguration at the same Newark church where last October he marked the one year anniversary of Superstorm Sandy at a prayer service.

Christie and Lt. Gov. Kim Guadagno will be the center of attention at an inaugural morning prayer service at 8 a.m. ET on Tuesday, January 21 at the New Hope Baptist Church. The church is led by Pastor Joe Carter, a prominent Democrat and leader of the African-American clergy community. He may be best known nationally for presiding over Whitney Houston's funeral two years ago.

Christie's office touts that the governor "has worked closely with Pastor Carter over the last four years, especially on the issue of improving inner-city schools. The New Hope Baptist Church was also host to New Jersey's Statewide Prayer Service on the one year anniversary of Superstorm Sandy, and Governor Christie has previously attended worship services with his family there."

Christie, who's considered a likely contender for the 2016 Republican presidential nomination, won a landslide re-election victory in November over a little known Democratic state senator. According to exit polls, Christie won 21% of the African-American vote in his re-election rout, up 12 percentage points from his 2009 victory as governor, and abnormally high for a GOP candidate.

After the morning prayer service, Christie and Guadagno take part in a swearing-in ceremony and inaugural address at the War Memorial in Trenton, New Jersey's state capital.

As previously announced, Christie and Guadagno end the day at an inaugural celebration at the Great Hall on Historic Ellis Island. The island, in Upper New York Bay, was the gateway for millions of immigrants to the U.S. from the 1890s to the 1950s. Christie often talks about his Irish and Italian heritage.