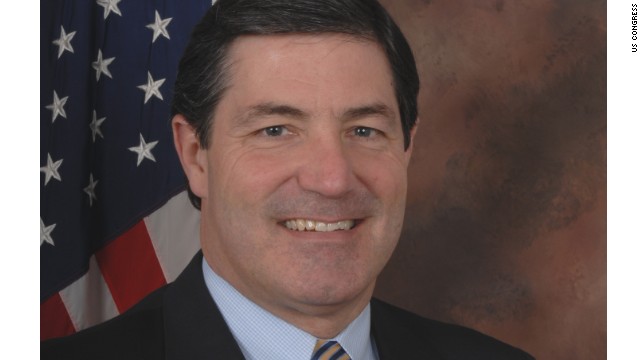 The sixth Congressional district is one of just a few dozen competitive congressional seats in the country.  Ever since he was elected in 2002 Gerlach has been a top tier Democratic target.  In 2012 he won with 57% of the vote, but in his previous 5 contests Gerlach eked out wins with just a bare majority – 52% or less.   Republican presidential nominee Mitt Romney narrowly won the district over President Obama in 2012, 51%-48%.  But four years earlier then Senator Barack Obama prevailed in the 2008 contest over GOP senator John McCain, 53%-46%.

Democrats need to pick up 17 seats in the House to retake control of the chamber, which is a tall order when the vast majority of congressional districts are considered safe.  But Gerlach's announcement shows – at least for now – that retirements are putting more Republican seats in play.  Nine House GOP members have announced plans to retire so far, but just one House Democrat – Rep Jim Matheson – said last month he will not run for re-election in 2014.

Gerlach is one of a dwindling group of moderate House Republicans in a conference that in the last four years has been dominated by a new group of tea party- backed GOP members who have tilted the ideological balance to the right.  The move toward a more conservative slant and less of a willingness to compromise has made it challenging for those who represent swing areas like Gerlach's seat that split voter registrations roughly evenly between Democrats and Republicans.

Rep. Steve Israel, chairman of the House Democratic campaign arm, said Gerlach’s retirement underlines that fewer moderates remain in the GOP and helps to expand the playing field for Democrats in 2014.

“Republicans now have to defend this competitive district because the Democratic candidate will be committed to strengthening the middle class, focusing on job creation and taking commonsense steps like increasing the minimum wage, while the Republican candidate will be beholden to the same type of Republicans who now run this dysfunctional Republican Congress,” Israel said in a written statement.

"Though we are losing a strong advocate for Pennsylvania, I have no doubt we will elect another Republican leader in November who will be the same thoughtful lawmaker that Jim is," Walden said.