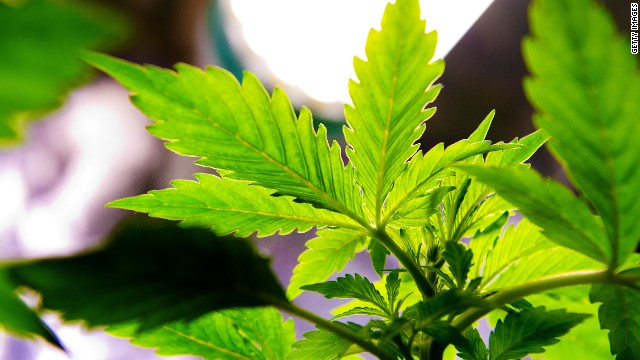 CNN Poll: Public not sold yet on Colorado marijuana law

Washington (CNN) - Americans may support the general concept of legalizing the use of marijuana, but according to a new national poll, they are taking a wait-and-see attitude toward the way Colorado is actually implementing its new law that makes the sale of marijuana to adults legal.

And a CNN/ORC International survey released Wednesday also indicates that a majority seem to hope that the federal government will lay off Colorado when it comes to enforcing federal law, which still outlaws the sale or possession of pot.

In the meantime, while marijuana use is not completely legal in 48 states, according to the poll Americans remain firmly in favor of medical marijuana laws, and continue to believe that a fine, not jail time, is the appropriate penalty for the possession of small amounts of marijuana in states other than Colorado and Washington State, which has also voted to legalize pot.

How do Americans feel about the new system in Colorado, the first state in the country to allow anyone over the age of 21 to buy small quantities of marijuana from state-licensed businesses?

One-third of those questioned in the poll say the state's new law is a good idea and 29% say it's a bad idea. But a 37% plurality say that they want to see what happens in Colorado and other states that legalize marijuana before the decide how they feel about this matter.

Given the fact that federal law still outlaws the sale or possession of marijuana, how should the federal government handle pot in Colorado?

Only 28% of Americans believe that federal authorities should arrest as many users and sellers of marijuana in Colorado as possible. Seven in ten say the federal government should not enforce federal law in that state. If marijuana were not legalized, most Americans (79%) continue to believe that the penalty for possession of small amounts of pot should be a fine, not jail time. And nearly nine in ten think that adults should be allowed to legally use marijuana for medical purposes if their doctor prescribes it.

The poll was conducted for CNN by ORC International, from January 3-5, with 1,010 adults nationwide questioned by telephone. The survey's overall sampling error is plus or minus three percentage points.