(CNN) - On the heels of the 50th anniversary of President Lyndon Johnson’s call for an "all-out war on human poverty," Rep. Paul Ryan said efforts to reduce poverty should happen outside think tanks in Washington, and instead in the communities where the fight is succeeding.

The Wisconsin Republican said he would give the United States a "failing grade" in efforts to curb poverty since Johnson's declaration five decades ago.
END_OF_DOCUMENT_TOKEN_TO_BE_REPLACED

(CNN) - A compromise Senate plan to pay for the cost of extending unemployment benefits ran into resistance Thursday from a group of Republicans whom the agreement was supposed to attract.

Those GOP senators, who had provided critical votes to Democrats to begin debate on the bill, said they wanted to make changes to the offsets and offer other amendments.
END_OF_DOCUMENT_TOKEN_TO_BE_REPLACED

(CNN) - The New Jersey State Assembly committee investigating the George Washington Bridge scandal will release on Friday hundreds of pages of documents collected as part of its investigation, a spokesman for the committee said Thursday.

The committee spokesman confirmed that 907 pages of documents collected in response to the subpoena of former state official David Wildstein, an ally of Gov. Chris Christie, are expected to be posted online sometime mid-morning on Friday.
END_OF_DOCUMENT_TOKEN_TO_BE_REPLACED

Graham told NBC News that New Jersey's unfolding bridge scandal furthers a "troublesome" narrative about Christie, calling the governor “kind of a bully.” Graham told CNN those comments were made before he saw Christie’s news conference in which the governor apologized for the political payback scandal and continued to insist that he had no knowledge of his aides' actions.
END_OF_DOCUMENT_TOKEN_TO_BE_REPLACED

DEVELOPING …. CHRISTIE 'EMBARRASSED AND HUMILIATED'
In a nearly 2-hour press conference, New Jersey Gov. Chris Christie says he knew nothing about political motives behind traffic tie-ups. While Christie blamed his staff and accepted responsibility, he also praised his own response to the fallout, saying that he asked Bill Stepien, a former campaign manager who was recently nominated to be the New Jersey GOP chairman, to leave his organization by the end of the day and that he fired his Deputy Chief of Staff Bridget Anne Kelly 24 hours after he found out about the debacle.
END_OF_DOCUMENT_TOKEN_TO_BE_REPLACED 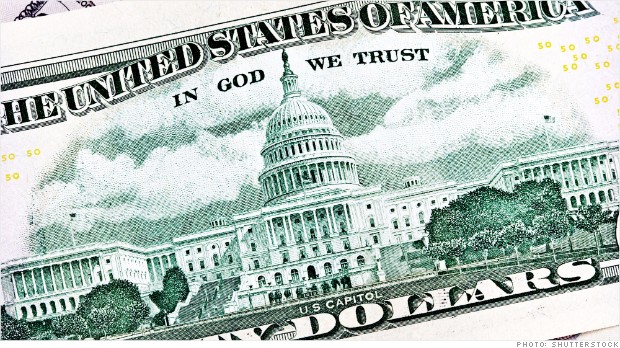 But the scandal claimed another victim, stunning close-watchers of Christie and his tightly-knit operation: Bill Stepien, a sharp-elbowed strategist who managed Christie's two gubernatorial campaigns and was primed to play a senior role in a likely 2016 presidential bid.
END_OF_DOCUMENT_TOKEN_TO_BE_REPLACED 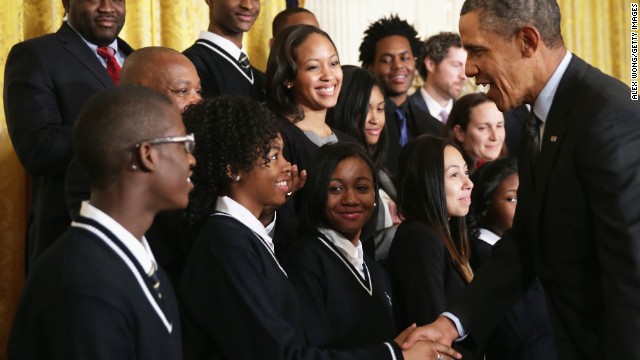 "There was a period of time in my life where I was goofing off," Obama told an audience in the White House. "I was raised by a single mom. I didn't know my dad."
END_OF_DOCUMENT_TOKEN_TO_BE_REPLACED 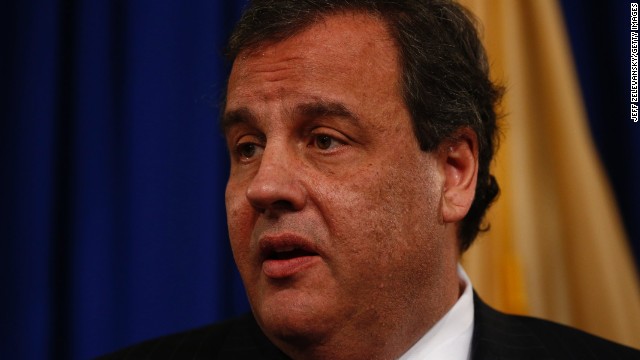 Most notably, Fishman – who was nominated for the post by President Barack Obama in June 2009 – donated to then-Sen. Hillary Clinton’s 2008 presidential campaign on June 30, 2007. At the time of the contribution, Clinton was battling then-Sen. Obama for the Democratic presidential nomination. Fishman donated $2,300 to Clinton, according to the FEC.
END_OF_DOCUMENT_TOKEN_TO_BE_REPLACED

(CNN) - One of the central figures in New Jersey’s George Washington Bridge controversy was charged with contempt by the New Jersey State Assembly on Thursday for refusing to answer questions posed by the committee investigating the scandal.

David Wildstein, former director of interstate capital projects for the Port Authority of New York and New Jersey, repeatedly invoked his Fifth Amendment right to remain silent during an appearance before the panel tasked with investigating the bridge access lane closures. Earlier Thursday, a judge compelled Wildstein to appear before the committee in response to its subpoena.
END_OF_DOCUMENT_TOKEN_TO_BE_REPLACED