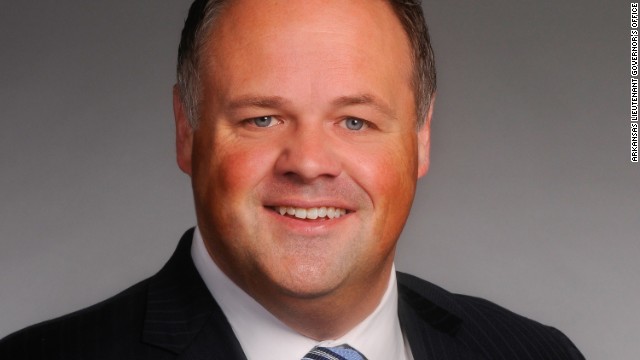 His decision comes on the heels of a state ethics commission finding that the Republican had broken 11 campaign finance rules since 2010.

[twitter-follow screen_name='politicalticker']
In the wake of this ruling, Darr admitted he erred on campaign finance filings, signed a letter from the ethics commission that admitted guilt, and agreed to pay $11,000 in fines. But he refused to step down - until now.

That happened in a statement dated Friday, in which Darr said he'd resign effective February 1.

His decision to leave office, he explained, was to protect his family - admitting that he "made mistakes, but not one with malicious intent."

"Throughout this process, it has been my desire to share the facts, and I feel this has been accomplished. I have been honest, forthright and acted with integrity," Darr said.

The politician added: "Politics can be a toxic business. I will no longer subject my family to its hard lessons. All my forgiveness to those who play the games and all my respect and appreciation to those who serve with class and humility."

Gov. Mike Beebe, D-Arkansas, and others called for Darr's resignation in late December, but the symbolic gestures did not move him immediately. In Arkansas, only the state legislature has the power to remove a lieutenant governor from office.

Despite the admitted impropriety, some local politicians like State Rep. David Meeks took to social media to express their support.

"Thank you Lt Gov @MarkDarr for your service to the State of Arkansas. Praying for you and your family," tweeted Meeks.