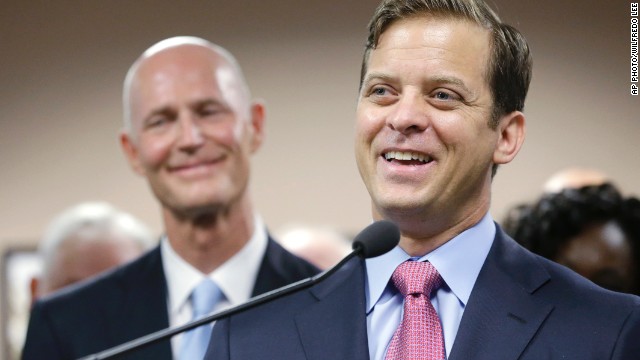 “I am honored to have been chosen by Governor Scott to serve Floridians as their Lieutenant Governor,” Lopez-Cantera said. “I look forward to leveraging my experience with small businesses and government tax reform to help further Governor Scott’s mission of economic growth and job creation.”

Lopez-Cantera has a sizeable resume in southern Florida politics. Before coming property appraiser in 2012, he served eight years in the Florida legislature, including majority leader from 2010 to 2012.
The lieutenant governor’s office has remained vacant since March 2013, when Jennifer Carroll resigned amid her role in an allegedly corrupt veteran’s charity.

“Carlos Lopez-Cantera will be a major part of our agenda to build an opportunity economy in Florida,” Scott said in a release about the appointment. “Carlos’ leadership experience will make him a vital part of ensuring the passage of our $500 million tax cut package this year. And his business experience and expertise in cutting taxes and government regulations will support small business growth and success.”

The appointment of Lopez-Cantera – a Spanish-speaking, Cuban American – does not just fill a vacant office. The nomination will likely help Scott in his 2014 reelection bid, as the lieutenant governor will likely help the struggling governor with a crucial constituency: Hispanic voters, particularly those in Miami-Dade, the state’s largest county.

Scott, whose polls have been down since he was elected in 2010, is likely to face off with Republican-turned-independent-turned-Democrat Charlie Crist, who is running for the governor’s mansion as a Democrat just a few short years after leaving the Republican Party. Both Cook Political Report and the Rothenberg Political Report – non-partisan political handicapping publications – have the race as a toss-up.

“If anything,” Lopez-Cantera told the Tampa Bay Times in December 2013, “I want to help beat Charlie Crist.”