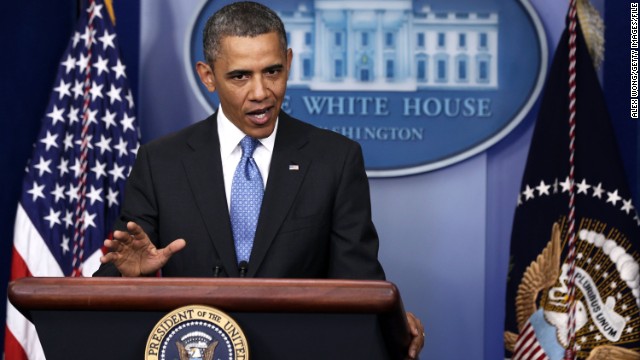 Obama looks to bypass Congress: 'I've got a pen'

Those words have been on President Barack Obama's mind over the last few weeks, earning a mention at December's year-end news conference and in his weekly address to the nation last Saturday. Administration officials are hinting it will be one of the major theme's of the President's upcoming State of the Union speech.

For the White House, that means avoiding the path that has often ended in inaction, namely Congress.

Tuesday, at his first cabinet meeting of the year, the President said he will work with lawmakers to pass legislation but he indicated he is prepared to use executive actions more frequently to advance administration goals.

"We are not just going to be waiting for legislation in order to make sure that we are providing Americans the kind of help that they need. I’ve got a pen and I’ve got a phone," Obama told his Cabinet

Over the coming weeks, Obama will be looking for ways to bypass Capitol Hill to further the administration's "action" agenda, which White House officials say will be aimed at reducing income inequality and sending a jolt into the nation's sometimes sluggish recovery.

On Wednesday, the President will travel to the campus of North Carolina State University to announce what the White House calls "a new public-private effort to boost advanced manufacturing," according to an email from senior adviser Dan Pfeiffer.

"The President will use every tool he can to create new jobs and opportunities for the middle class. He will be looking for areas of bipartisan cooperation, but he won't be waiting on Congress to act," Pfeiffer said.

The following day, the President and First Lady will host an event at the White House to discuss ways to not only make college more affordable but to make sure graduates enter the workforce with the right skills.  That event will demonstrate another new White House goal, to host more gatherings of like-minded policy advocates who share the President's domestic policy agenda.

Along those same lines, the White House last week unveiled its "Promise Zone" initiative, another administration endeavor seeking to bolster economic development in at-risk communities. The common denominator in all of those efforts: no Congressional approval required.

In his weekly address last weekend, the President framed Congress as only part of the equation for addressing the nation's needs. "I'll keep doing everything I can to create new jobs and new opportunities for American families – with Congress, on my own, and with everyone willing to play their part," Obama said.

Even after much of the administration's 2013 legislative agenda, from gun control to immigration reform, ran into roadblocks in a bitterly divided Congress, the White House has no interest in isolating itself from the other end of Pennsylvania Avenue.

Already there are emerging divisions among Democrats in the Senate over potential new sanctions legislation targeting Iran. Add to that new reforms aimed at limiting surveillance programs at the National Security Agency that will likely require congressional approval.

After his trip to North Carolina, the President will sit down with the Senate Democratic caucus Wednesday evening to discuss the party's "shared priorities for 2014," a White House official said.