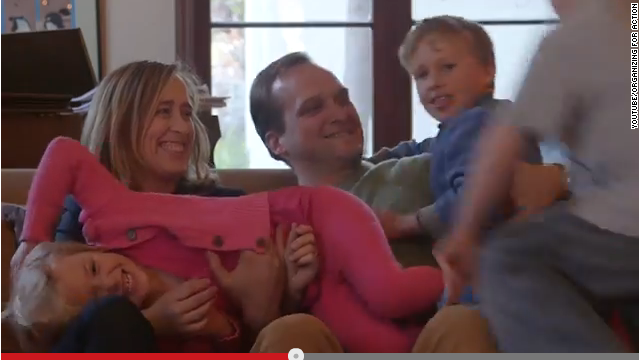 (CNN) - After a rocky rollout of President Barack Obama's health care law, a Democratic group is ramping up efforts to promote the benefits of the Affordable Care Act.

Organizing for Action, the political group that was formed from Obama's 2012 re-election campaign, is launching a monthlong digital ad campaign Friday, touting success stories under the health care law, with paid ads featured on social media and national news websites.

Also continuing its video series "This is Why," OFA released a second web video highlighting a California resident diagnosed with Stage IV colon cancer who can no longer be denied coverage due to her pre-existing condition.

In the video, Renee and her husband, Tom, describe how she was diagnosed with cancer in 2008 while the couple had three young children to care for and was denied insurance through her husband's private health-care plan.

"Here I was, a mother of three young children taking care of this family and I'm told for no reason that I can understand that I will not be covered for nothing that I had done than to be born with a specific condition that led to cancer," Renee said in the video posted to the group’s site, which includes testimonies from other Americans benefiting from the health care law. Her last name was not provided.

OFA did not say how much the digital ads would cost.

CNN’s Adam Aigner-Treworgy and Dana Davidsen contributed to this report.