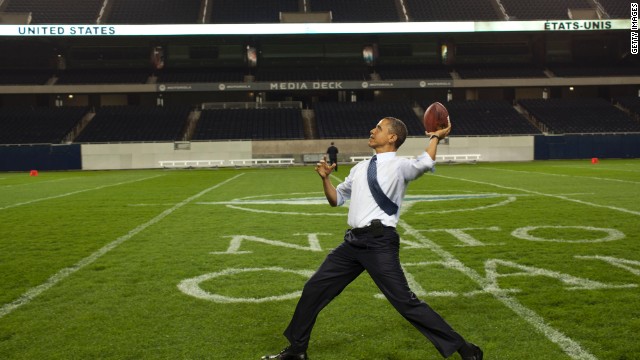 Obama would not let his son play football

Washington (CNN) - As the Patriots, Broncos, Seahawks and 49ers prepare to battle for two spots in the Super Bowl, President Barack Obama says if he had a son, he wouldn’t let him play pro football.

With an ever-growing amount of evidence linking the brutal sport with serious head and brain trauma, the President, who has two daughters, told New Yorker editor David Remnick he would bar his son from playing the sport.

"I would not let my son play pro football," Obama reportedly said.

In the wide-ranging interview, covering a range of subjects about his presidency - from the controversy over the National Security Agency's bulk collection of metadata from American citizens, to the potential legalization of marijuana - Obama said the athletes who play pro football know the risk of injury is part of the bargain. But it's a risk he would not take with his son's future.

Obama is an avid sports fan and self-professed "SportsCenter" addict who roots for the Chicago Bears. But he said football has entered the same "realm" as boxing, another sport plagued by seeing its stars suffer through the afterlife of their careers beset by crippling injuries related to the punishment they took in the ring.