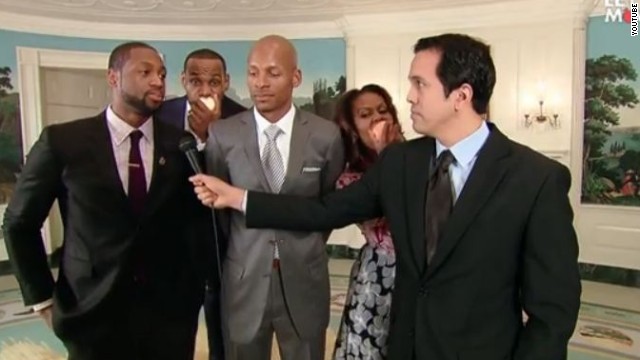 The team stopped by the White House last week, where President Barack Obama congratulated the players and coaches for winning the world championship two years in a row.

The first lady posted a tease of the video last Tuesday on her Instagram account, with a photo of her sitting around with the athletes as they ate apples.