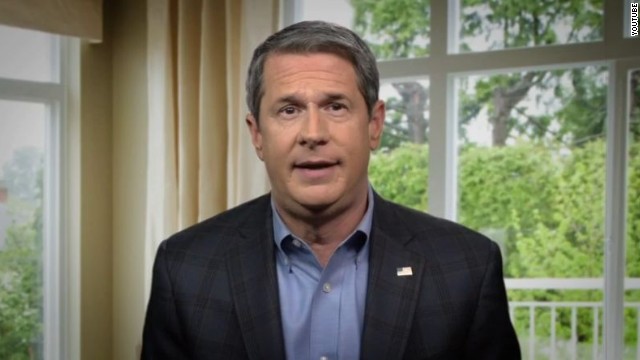 "I've held 342 in person town halls, 128 telephone town halls, and countless other meetings in every parish of our state. I'll continue those travels, listening directly to Louisiana families, about what most concerns them. And then after listening and learning, I will lead," he said.

He also said "this will be my last political job, elected or appointed, period."

Jindal said at an event Thursday that he has enjoyed working with Vitter on education reform and appreciates the senator's "steadfast opposition" to Obamacare, but the current governor is not prepared to throw his support behind any candidate anytime soon.

Vitter said late last year, in an e-mail to supporters, that he was considering a gubernatorial bid.

Following Vitter's announcement, the Louisiana Democratic Party blasted the senator for "shutdown-style politics that Republicans have perfected in D.C."

"We welcome the senator to the race and wish him well as he attempts to persuade Louisiana voters to give him a promotion - despite his record of ineptitude and obstruction," Chairwoman Karen Carter Peterson said in a statement.

Vitter has rebounded politically from scandal around past allegations he solicited prostitutes. He was linked to the so-called "D.C. Madam" scandal in 2007, but easily won reelection in 2010.