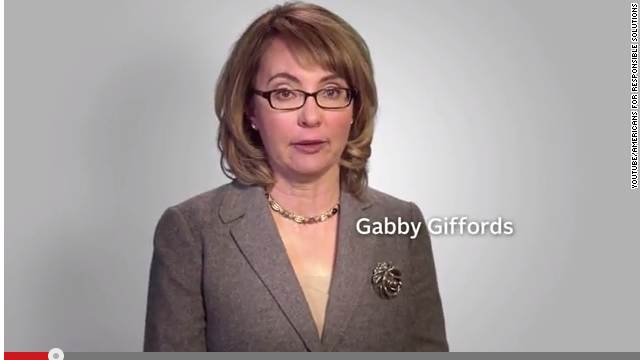 Giffords asks 'What is Congress afraid of?' in SOTU gun control ad

Capitalizing on the wide audience, Americans for Responsible Solutions will run the ad nationwide around the President's speech.

Giffords, who attended the State of the Union last year as an honored guest of first lady Michelle Obama, was shot and critically wounded in a mass shooting three years ago during a political event at an Arizona supermarket. The incident left six people dead, and Giffords continues to recover.

In the spot, Giffords ask, "What is Congress afraid of?"

"Nine out of ten Americans support background checks. They make it harder for criminals and the mentally ill to get guns. Congress is afraid of the gun lobby. Tell Washington it's too dangerous to wait," she says in the ad.

"Congress continues to listen to the gun lobby instead of their constituents, so we're going to keep fighting at the state level to make our communities safer. It's too dangerous to wait," she said in statement about the ad buy.

Following a mass shooting at an elementary school in Newtown, Connecticut, last year that left 20 first-graders and six adults dead before the shooter committed suicide, President Barack Obama called on Congress to enact stricter gun laws. But efforts to do so dissolved in April on Capitol Hill when a bill that included stronger federal background checks for gun purchases failed to pass the Senate.