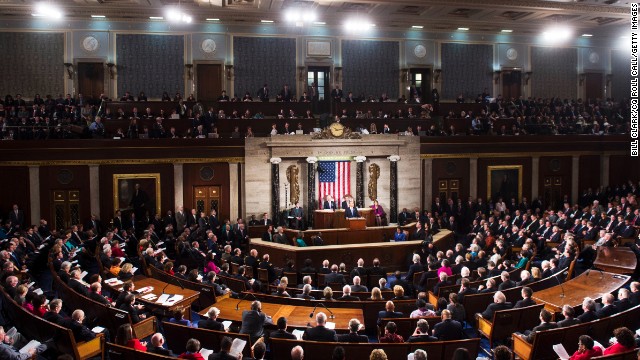 State of the Union: Congress - coming to life?

Posted by
Darrell West with the Brookings Institution

(CNN) - In recent months, the deeply divided U.S. Congress has shown signs of freeing itself from extended gridlock that caused an angry public to give it historically low approval ratings.

It adopted a budget without much partisan rancor, scaling back dreaded sequestration cuts in favor of more targeted spending reductions.

GOP House Speaker John Boehner even made a kind of Declaration of Independence from conservative groups, saying they lost their political credibility by pushing an ill-fated government shutdown last year that had no real chance for success.

Do these stirrings portend a new era of bipartisanship in Capitol Hill? Not likely, as hell has yet to freeze over. But the recent events demonstrate the two parties can put differences aside and address important issues when it is in their mutual self-interest, especially with congressional elections coming in November.

For Republicans, that means taking some steps to assure the growing Latino population that they understand its concerns and are willing to at least talk about its top priorities, such as a path to legal status for millions of immigrants living illegally in the country.

Boehner and other Republicans dislike the comprehensive approach of a Senate immigration plan that passed with bipartisan support. Instead, the GOP-controlled House can take smaller steps to advance the immigration debate, such as strengthening border security and adopting workplace verification requirements.

They also might consider some form of minimal legal relief for undocumented workers who learn English, pay back taxes and have no criminal background. Such moves could help narrow the Democratic advantage among Latino voters that greatly benefited President Barack Obama's re-election in 2012.

Meanwhile, Democrats need to find ways to promote social mobility and address income inequality without engaging in class warfare or the rhetoric of redistribution that could turn off independent voters.

That means compromising with Republicans on tax reform, education and job training provisions that improve opportunities for those left behind. With government dollars scarce, job creation largely takes place through the private sector, and Democrats need to work with Republicans to encourage much-needed business investment to spur economic growth, such as lowering some corporate taxes and easing some regulations.

While 2014 could be surprisingly productive in Congress, the result will depend on how much benefit each side thinks it can get from compromising to get bills passed, instead of grandstanding for their respective bases as the November campaign unfolds.

(Darrell West is vice president of governance studies and director of the Center for Technology Innovation at the Brookings Institution.)