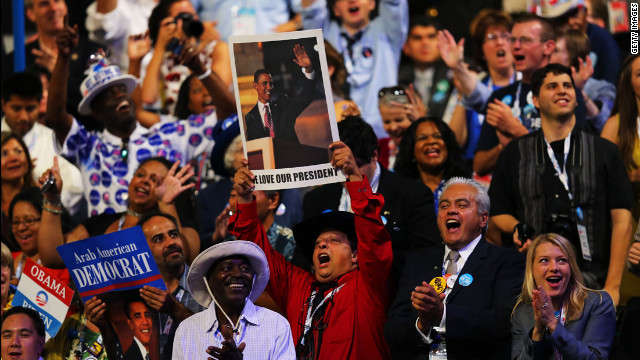 Will Democrats follow Republicans in primary and convention calendar changes?

Washington (CNN) - Days after the Republican National Committee made dramatic changes to their next presidential primary calendar, their Democratic rivals say they're moving toward using the same timeline as they've done in the past.

The RNC voted nearly unanimously Friday to condense the 2016 presidential nominating calendar, and they took steps toward moving the date of the next Republican National Convention from late August to June, the earliest either party has held their convention in nearly 70 years.

An official with the Democratic National Committee said they're just beginning their internal process to make any decisions on the primary and convention calendar, and that as of now, their decision-making process is at pretty much the same pace as in previous cycles. The official adds that so far there's been no discussion of altering the timing of their convention from previous cycles.

As the party holding the White House, the Democratic convention would go second after the Republicans. In 2012, the Democrats held their convention the first week of September.

"Republicans are struggling in national elections because they are out of touch, not because of their convention date or their primary calendar.  As long as Republicans continue to oppose and block common sense policies like immigration reform, increasing the minimum wage, and equal treatment for all Americans no matter who they love, Americans will continue to reject them," DNC deputy communications director Lily Adams told CNN.

"The DNC is on track to use a similar timeline and practice – as we have done in the past – to develop the most diverse and inclusive nominating process."