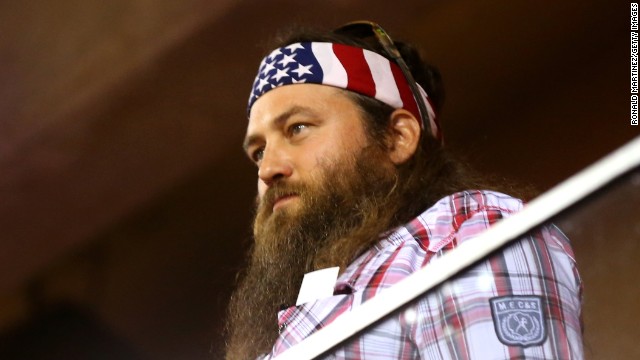 'Duck Dynasty' to represent at State of the Union

Robertson himself was called on by some in the GOP to run for the seat, but he backed his friend, McAllister, instead. McAllister won the special election in November for Louisiana's 5th Congressional district, a race that pitted two Republicans against each other.

In a press release, McAllister said he looks forward to "bringing some diversity to our nation's capitol" Tuesday night with the attendance of his bearded guest.

Robertson is the head of Duck Commander, the family-owned duck call business featured in the hit reality show on A&E.

He's the son of Phil Robertson, who sparked a fierce debate in December when he made controversial comments about homosexuality. Phil, the patriarch of the family, was temporarily suspended from the show. After A&E faced sharp pushback from fans and supporters, it announced plans to resume filming later the spring with the entire family, including Phil Robertson.

A big question for Tuesday night's State of the Union address is whether Robertson will sport his trademark stars-and-stripes bandana. He's worn it on red carpet events in the past, but will it fly in the more-formal House chamber?

CNN's Lisa Desjardins and Deirdre Walsh contributed to this report.