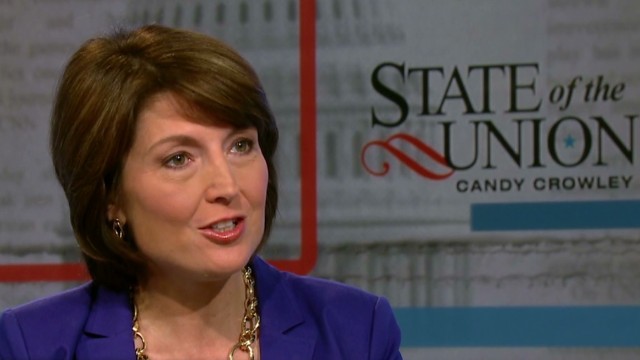 The Republican measure would ban taxpayer money for abortions.

Sponsored by New Jersey Rep. Chris Smith, the legislation is similar to previous bills passed by the House, and would put into law a ban that is included each year in annual spending bills that prevent any federal funds to be used for abortion services.

But this year's version includes provisions that take aim at the new health care law. It bans Americans who qualify for Obamacare subsidies to purchase health insurance from buying plans that cover abortion services. It also says that employees of small businesses that use tax credits to help pay the costs of new health care coverage cannot use that money for plans that cover abortions.

"This bill would establish a permanent prohibition on taxpayer subsidies for abortion," Florida Republican Rep. Ileana Ros-Lehtinen said on the House floor on Tuesday. She argued the yearly provision included in spending bills is not sufficient and this measure is needed to "get rid of the patchwork approach."

"Under Obamacare, billions of dollars in the form of tax credits are today buying abortion-subsidizing health insurance plans in exchanges throughout the country," Smith said at last week's anti-abortion March for Life rally. "For example, of the 112 health insurance plans available to members of Congress and staff, most, that is, 103 plans pay for abortion on demand."

Rep. Cathy McMorris Rodgers of Washington state, who was tapped by GOP leaders to give the response to the President's speech, has a son who was born with Down syndrome, and is a supporter of anti-abortion legislation. Conservatives who have been pushing for more congressional action to restrict access to abortions are hoping she will use her national platform to discuss the issue.

House Democrats dismissed the legislation as another "message bill" designed to appeal to religious conservatives in the GOP base.

Florida Rep. Lois Frankel recounted a story of finding her young friend Flora 40 years ago, bleeding from an abortion, which was illegal at the time.

"Today our Republican colleagues are once again trying to take us back to those days with a new radical bill to deny our mothers, our daughters, our sisters, the right to obtain and safe and legal abortion," she said.

But Republican aides maintain that the debate and vote over the bill does not take away from their focus on economic issues this year, and point to public opinion polls they say show a majority of Americans oppose using any taxpayer money to pay for abortions.

The measure also includes a provision requiring the Obama administration to make information public about which insurance plans in the federal exchanges cover abortion services. As previous versions have done, the bill bans Washington, D.C., whose federal funds are overseen by Congress, from using any of those dollars to support health services that include abortion.

The Democratic-led Senate is not expected to take up the bill, and the White House issued a veto threat on it Monday.