(CNN) - If Jeb Bush runs for President, it will be based on two things - his family and whether he can lift America's spirit.

"I don't wake up each day saying, 'what am I going to do today to make this decision?'" the former Florida governor told CNN affiliate WFOR in a suburb of Miami on Wednesday.

END_OF_DOCUMENT_TOKEN_TO_BE_REPLACED

Washington (CNN) - Despite a nudge from President Barack Obama during his State of the Union address for Congress to renew fast-track trade authority, Senate Majority Leader Harry Reid said Wednesday he is unlikely to consider a bill anytime soon.

“I’m against fast-track,” said the powerful Democrat who controls which bills get to the Senate floor. “I think everyone would be well-advised not to push this right now.”

END_OF_DOCUMENT_TOKEN_TO_BE_REPLACED 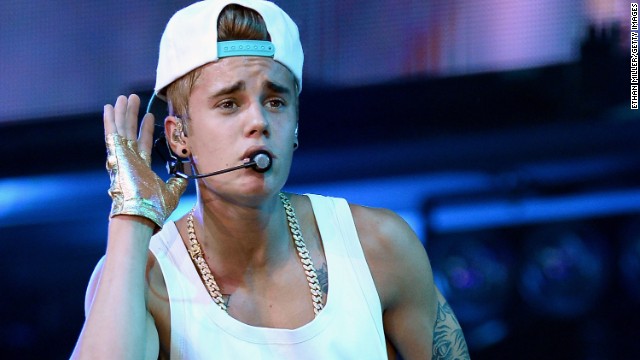 END_OF_DOCUMENT_TOKEN_TO_BE_REPLACED

Washington (CNN) - As House Republicans headed to Maryland's eastern shore to discuss their immigration reform principles, House Democratic Leader Nancy Pelosi drew a bright line on the most contentious issue in the debate, insisting, "In our caucus, there has to be path to citizenship."

House Speaker John Boehner and a group of top Republican leaders, including GOP 2012 vice presidential nominee Paul Ryan, R-Wisconsin, are expected to release a set of principles this week to chart the party's strategy forward on immigration legislation.

END_OF_DOCUMENT_TOKEN_TO_BE_REPLACED 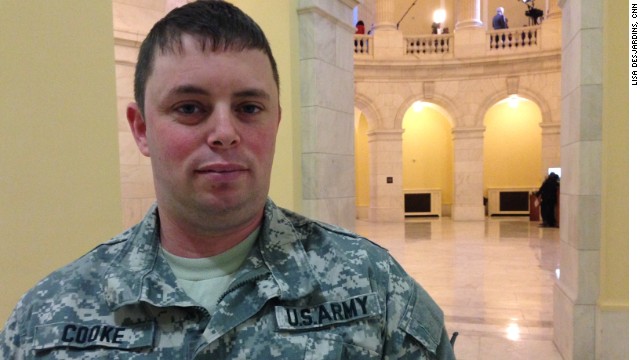 An unseen, personal battle at the State of the Union

Washington (CNN) - It was a crowning achievement, but he wasn't sure that he wanted to be there. He wasn't sure he could make it through the speech without running out of the House chamber in panic. And he didn't know how many of his country's leaders cared.

Matt Cooke wore his camouflage combat uniform, surrounded by lawmakers, innovators and a few celebrities, and he stepped into a room that would hold the world's greatest concentration of power per square inch for an hour or so.

LIBERALS CLAIM MOMENTUM FROM OBAMA ADDRESS ... Two big themes coming out of Tuesday's address are economic populism and a "new willingness to fight" entrenched conservative interests, said Adam Green of the Washington-based Progressive Change Campaign Committee. Obama is sounding "more and more" like freshman Massachusetts Sen. Elizabeth Warren, a rising star on the left, Green told reporters on a conference call. And that is a "good thing for America" and "great for Democrats." – Alan Silverleib

AND IN RELATED NEWS …. THE RADIOACTIVE PRESIDENT: SEN. MARK BEGICH, D-ALASKA, IN AN INTERVIEW WITH CNN’S JAKE TAPPER & DANA BASH: "I'm not really interested in campaigning" with Obama if the President came to Alaska. "If he wants to come up there and learn about Alaska, bring it on. I'll drag him around, I'll show him what he ever he wants to see, but I want to show him and convince him some of his policies are not the right direction. I don't need him campaigning for me. I need him to change some of his policies."

LIMBAUGH: OBAMA SHOULD HAVE GIVEN THAT SPEECH FIVE YEARS AGO … “This was a campaign speech without an election. It was pure denial. The president last night was pretending to run for office in the hopes of winning an election, so at some point in the future he can govern. The whole night I kept saying, ‘Wait a minute. We're five years into this. This speech is a speech that should have been given five years ago.’"

THE STATE OF THE JELLY: CNN Chief Washington Correspondent Jake Tapper asked people on the social media app Jelly to weigh in on President Barack Obama's State of the Union address. Jelly is a new app from Twitter co-founder Biz Stone that lets users ask questions using pictures. Replies can be drawn right on top of the image (think Perez Hilton). First, Tapper reached out before the big speech to find out what issues people wanted Obama to touch on. Many Jelly users asked for topics that did indeed make Obama's address but others weren’t mentioned at all. (Click to see pics.)

THE BUZZ: EL PAPA IS A ROLLING STONE
Pope Francis makes the cover of the Rolling Stone: “It's a funny thing, papal celebrity. As the archbishop of Buenos Aires, Bergoglio had never been an especially gifted public speaker. But now that he's Pope Francis, his recognizable humanity comes off as positively revolutionary. Against the absurd, impossibly baroque backdrop of the Vatican, a world still run like a medieval court, Francis' election represents what his friend Elisabetta Piqué, an Argentine journalist who has known him for a decade, calls ‘a scandal of normality.’" – Mark Binelli

END_OF_DOCUMENT_TOKEN_TO_BE_REPLACED

Holder on Obama's pot comments: Any drug is 'potentially harmful'

(CNN) - The nation's chief law enforcement officer said Wednesday that any drug, including alcohol, "is potentially harmful." Attorney General Eric Holder comments follow an interview where the commander in chief appeared to express a more lenient view of smoking marijuana.

Holder was asked on Capitol Hill if he agreed with the President's sentiments on marijuana use, published in an interview with the New Yorker, where he said the smoking pot was actually less dangerous than alcohol "in terms of its impact on the individual consumer," and that overall, the drug didn't carry the social stigma that it did in the past

END_OF_DOCUMENT_TOKEN_TO_BE_REPLACED

Tapper measures the state of Jelly

END_OF_DOCUMENT_TOKEN_TO_BE_REPLACED 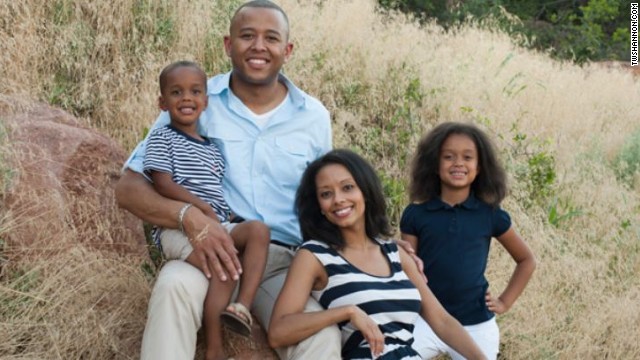