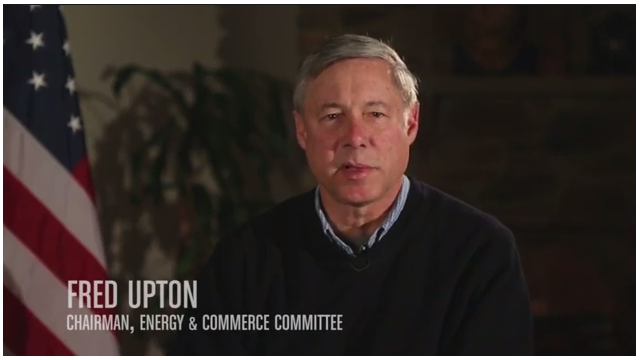 Washington (CNN) - Republicans pressed President Barack Obama to find "bipartisan common ground" on initiatives he highlighted in his State of the Union address while faulting the administration for impeding progress on important issues.

In the GOP weekly address, a quartet of Republicans expressed hope that they can find a path forward on policy areas but blamed the White House and Democrats in the Senate for not moving forward on bills where "the House has already acted."

"We can move the ball forward without delay," Upton said.

Harper offered his support for the President's promise to work to funnel federal funds to propel the next series of innovations in medical research. The Mississippi lawmaker said he wants to put children suffering from diseases first and dispense with provisions that allow government money to pay for political party conventions.

"We're talking about everything from cancer, autism and Fragile X Syndrome to the rarest genetic disorders," Harper said. "Creating a lifetime of hope and opportunity for our most vulnerable kids is more important than subsidizing week-long political pep rallies."

Playing off one of President Obama's most oft-repeated reforms on the campaign trail - his vow to enhance community college and trade school programs as viable alternatives to four-year colleges - Brooks praised the administration's thinking but cited the need for ongoing reform in these institutions.

"The SKILLS Act would consolidate the dozens of job training programs on the books and put the focus on programs that work. Programs that actually lead to jobs," she said.

In her portion of the weekly address, Roby emphasized equalizing the playing field for federal employees and private sector workers by giving them the option to choose between comp days and overtime, dismissing the latter as a reel from the "Mad Men" era that has been in place "long before Don Draper's time."

"Government employees already have this option, so why not give private sector workers the same choices," Roby asked.

In his closing, Upton pitched his goal to tighten infrastructure by easing the pipeline application process and doing away with "red tape," but also placed the onus on achieving these reforms squarely on the shoulder of the Oval Office.

"We believe that this can be a year of bipartisan action, a moment when speeches give way to solutions," Upton said. "The American people never let us down, and we cannot let them down either."