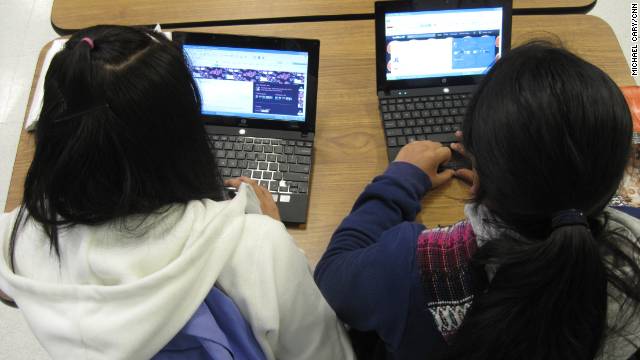 Washington (CNN) – Getting high-speed internet into more of America’s classrooms is President Obama’s next priority, his chief of staff said Sunday, as Republicans continued to question the White House’s tactic of bypassing Congress by using executive actions.

The initiative, which involved securing hundreds of millions of dollars from private telecom and technology firms, will be announced at an event Tuesday. It comes as the Federal Communications Commission also redoubles its efforts to connect American students to high-speed internet.

During his State of the Union address, Obama lauded the step as a “down payment” on advancing education in 15,000 schools that could be wired under his plan. He said 20 million students would benefit from the technology “without adding a dime to the deficit.”

“That's the kind of education he wants kids to have,” Denis McDonough said on NBC’s “Meet the Press” Sunday.

It’s the second partnership with private businesses the White House has touted since last week’s State of the Union address. On Friday, Obama announced that 300 firms had pledged to help get people unemployed for longer than six months back to work by eliminating screens against them in their hiring processes.

The effort is part of Obama’s attempt to use executive action to advance his agenda – or, as the White House terms it, using his “pen and phone.”

“We have an increasingly lawless presidency where he is actually doing the job of Congress, writing new policies and new laws, without going through Congress,” Rep. Paul Ryan, the Republican House Budget Committee chairman, said on ABC’s “This Week.”