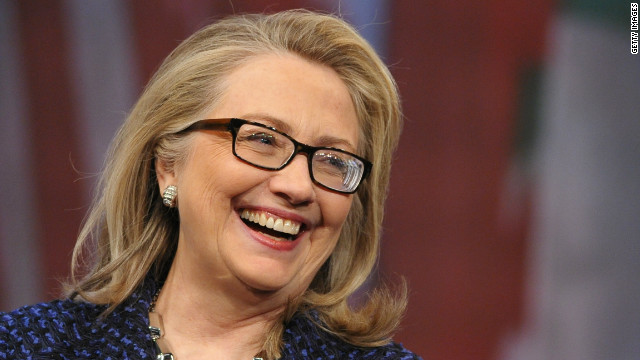 (CNN) - The Seahawks may have crushed the Broncos on the field, but Hillary Clinton was arguably a dominant force on Twitter during the Super Bowl, with one of the most viral tweets of the evening.

It’s so much more fun to watch FOX when it’s someone else being blitzed & sacked! #SuperBowl

The tweet resulted in more than 56,000 retweets and sparked a fire under many conservatives passionate about discrediting Clinton.  Many of the conservatives responding to Clinton’s message drew comparisons to the controversial attack in Benghazi, Libya, which left four Americans dead in 2012, including U.S. Ambassador Christopher Stevens.

The former secretary of state’s spokesperson claims the tweet was “100% humor,” but many on the right didn’t take it as a joke, quickly firing back at Clinton over Benghazi.

@HillaryClinton I know of 4 guys in Benghazi that got "blitzed", it's too bad you weren't sacked for that.

Pic: Was it more fun than watching the #Benghazi attack @HillaryClinton and 4 Americans being killed? pic.twitter.com/ov3g9GGXyK

The clear winner of #SuperBowl XLVIII is @HillaryClinton.

Many brand marketers consider the Super Bowl a golden marketing opportunity, vying for the most viral tweet. Among the top contenders this year was JCPenney, whose typo-riddled tweets (which ended up being part of a campaign for mittens) brought in over 43,000 re-tweets, and Buffalo Wild Wings, whose “game-altering” message was retweeted more than 30,000 times.

Sorry fans, we don’t have a button for this.

But neither effort came close to the virility of Clinton’s twitter account, which according to topsy.com was mentioned over 62,000 times Tuesday.

There were only two accounts to trump Clinton when it came to Super Bowl tweets, belonging to two of the top powerhouses of Twitter: Justin Bieber and Niall Horan of One Direction.

SuperBowl Sunday. who you got? #Seahawks