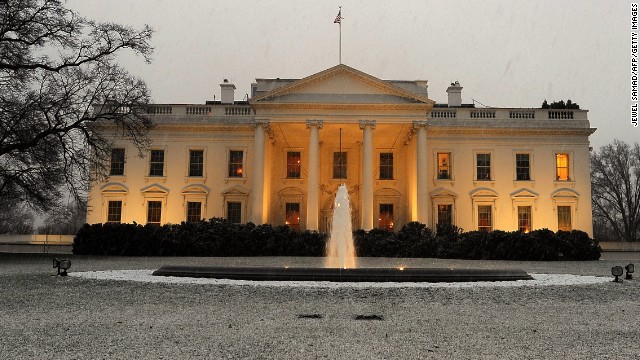 Washington (CNN) – The slate of judicial nominees that President Barack Obama announced Wednesday includes a judge who, if confirmed, would become the first openly gay male African-American on the federal bench.

Darrin Gayles, a state circuit court judge in Florida, was one of four nominees announced Wednesday for two different U.S. District Courts in Florida. A fifth nominee – Cheryl Ann Krause – was tapped to serve on a Philadelphia-based U.S. Court of Appeals.

Gayles is nominated to serve in the Miami-based Southern District – the same federal bench where Obama first nominated William Thomas in November 2012, before eventually pulling the nomination last month. Thomas is also an openly gay African-American.

Thomas’ confirmation was blocked by Sen. Marco Rubio of Florida, who originally signed a letter supporting the judge. In a statement, Rubio’s office said the senator questioned Thomas’ “judicial temperament” and other concerns.

Under arcane rules, a senator can unilaterally block the Senate from considering a nominee from his home state by refusing to return a so-called blue slip. There was no indication Rubio would oppose these latest choices.

The group of nominees Wednesday, which also includes two woman and one Hispanic judge, comes after outcry from civil rights leaders and African-American members of Congress who claim Obama’s record of nominees doesn’t reflect the diversity of their home regions.

In December, three African-American members of Congress claimed they were deliberately kept out of the process for filling vacancies on two Atlanta-based federal courts.

"Justice can't be found in secret deals that shut the people out. Mr. President, the lives of the people of this state are hanging in the balance," said U.S. Rep. John Lewis, a Georgia Democrat. "We believe it is not too late to turn this train around."

The White House pushed back strongly against the complaints, noting that nearly 20 percent of the judges Obama has named are African American.

On Wednesday the White House published a new website that displays graphically the diversity of Obama’s judicial nominees, proclaiming “This is the first time our judicial pool has been this diverse.”

“The men and women the President has nominated to enforce our laws and deliver justice represent his unprecedented commitment expanding the diversity of our nation's highest courts. That's a big deal,” the site reads.

Both Republicans and Democrats increasingly see the federal courts as a political battleground. And nationwide, open seats have gone unfilled for years due to partisan warfare and political gridlock.