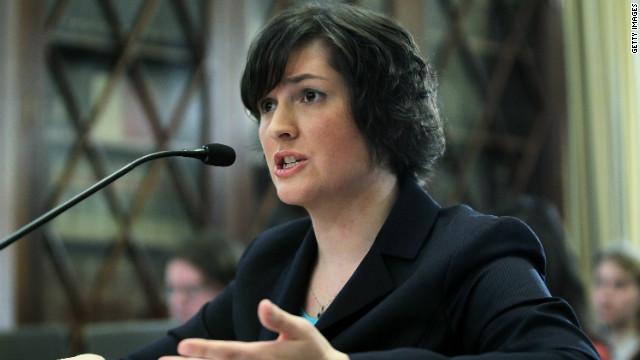 "I feel there is better way for me to advance the causes that are important to our community," Fluke said in a statement. "After careful consideration, I am proud to announce my candidacy for the 26th District of the California State Senate."

Fluke had asked the California Democratic Party last week for their endorsement in the race for an open 2014 congressional seat. The incumbent, longtime Democratic Rep. Henry Waxman, announced he won't seek another term in November.

A spokesman for Fluke said Tuesday Fluke had asked for the endorsement protectively, in case she decided to run for the House seat. But she was still on the fence about a potential congressional bid as of Tuesday.

"While I strongly considered offering my candidacy for Congress, I feel there is better way for me to advance the causes that are important to our community," Fluke said in Wednesday's statement about her state Senate bid.

The slur set off a firestorm and Fluke was quickly catapulted to stardom. Obama called Fluke to express his support for her, and a flood of advertisers pledged to take their business elsewhere because of Limbaugh's comments. It also catapulted Fluke to a speaking slot at the Democratic National Convention in 2012, where she stressed equal pay for women and contraceptive coverage.

The race for the reliably Democratic congressional seat has already drawn a lot of attention from area Democrats. Five other congressional hopefuls filed for the Democratic Party's endorsement, including former mayoral candidate Wendy Greuel and state Sen. Ted Lieu.