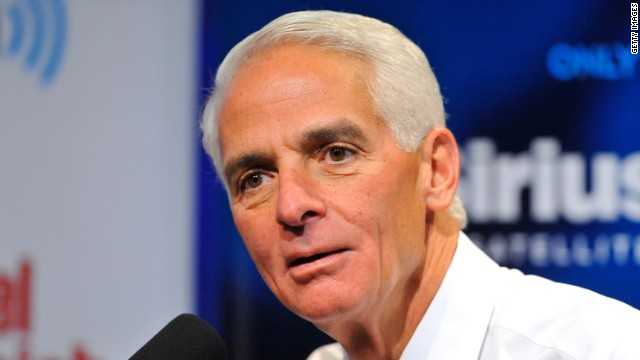 "The embargo has done nothing in more than 50 years to change the regime in Cuba," Crist said in a statement. "If we want to bring democracy to Cuba, we need to encourage American values and investment there."

Crist, who served as Florida’s Republican governor from 2007 to 2011, is running for his old job again, this time as a Democrat. He initially announced his support for the change in policy on HBO's "Real Time with Bill Maher."

When asked by Maher about the influential Cuban bloc of voters, most of whom have historically opposed restoring normalcy with the country’s regime, Crist denounced the trade embargo as an ineffective relic.

"I don't think it worked," Crist said. "It is obvious we need to move forward and get the embargo taken away."

Crist said lifting the 52-year-old embargo would be a boon for his state.

"As a Floridian, I'd like to see that happen because a lot of construction would be required on the island, and South Florida could be the launching pad for all of that and really create a lot of jobs," he said.

Crist's statements are a complete reversal of his previous position. At a 2010 editorial board meeting with the Sun-Sentinel newspaper, Crist, then running for the U.S. Senate, said he not only opposed removing the trade embargo, but he also was against loosening travel restrictions to Cuba.

He said he wouldn’t support travel between the countries “until they offer more freedoms to their people and demonstrate that they're serious about it."

President Barack Obama eased travel restrictions to the island nation in January 2011, but federal action on U.S.-Cuba trade policy is viewed as a nonstarter in Congress.

"The suggestion that Cuban Americans need to be 'stood up to' is insulting," the statement said.

"Our nation is great because we were built on a foundation of freedom and democracy. That is not true in Cuba and we should not pretend it is. The importance of maintaining the embargo is that it stands for the Cuban people's right to be free," he said.