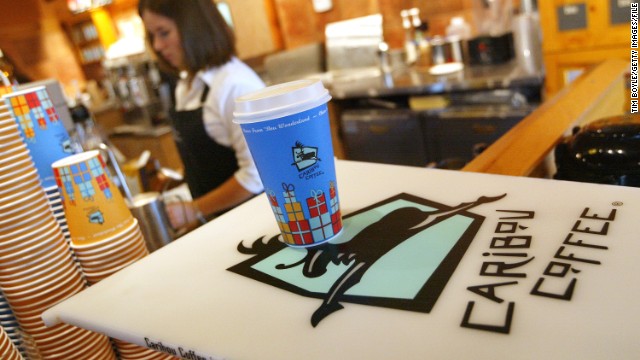 Washington (CNN) – Those Republican-derided “Caribou Coffee” meetings between White House staffers and lobbyists will soon be a thing of the past.

The Caribou Coffee shop, a 60-second walk from the West Wing and a top spot for such meetings, is closing.

The café’s status as a power-coffee location was cemented in 2010, when The New York Times reported White House officials were meeting lobbyists there as a way to avoid documentation. When President Obama ran for office in 2008 he decried the growing influence on lobbying in Washington, and declared his administration to be the most transparent ever.

Republicans latched on to the report, using it to hit the White House whenever questions of transparency arose – including in 2012, when e-mails between lobbyists and White House staffers showed Caribou was still a popular off-site meeting point. In some cases administration officials used private e-mail accounts that aren’t governed by federal transparency laws.

“The White House doesn’t want the American people to know who they’re meeting with on a day to day basis. They’ve had hundreds of meetings at Caribou, so we have no way of knowing what insider deals they’re cutting with lobbyists, with taxpayer money,” RNC Chairman Reince Priebus said in 2012, as Obama was running for re-election.

White House officials have maintained that Obama has done more to open up their inner workings than any previous president, including by publishing visitor logs in an easily accessible online format.

While “Caribou Coffee” meetings may be ending, White House officials won’t be short of places nearby to grab lattes with lobbyists. Swing’s, a D.C.-based coffee roaster, is just a block away and the ubiquitous Starbucks isn’t going anywhere.

The space Caribou currently occupies, on the northwest corner of 17th and Pennsylvania, will become a Peet’s Coffee and Tea in mid-February – one of dozens of Caribou locations making the switch.

Employees at the shop Sunday said everyone working at Caribou now would be able to keep their job.