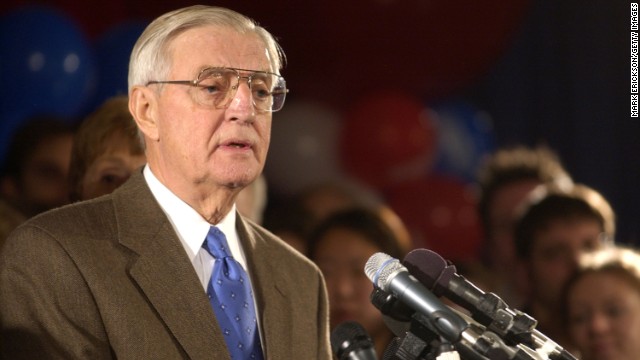 Mondale's wife, Joan, died earlier this month and her memorial service was held this past weekend.

Mondale, 86, served under President Jimmy Carter and was the Democratic nominee for President in 1984. He lost that election to Ronald Reagan.

He mounted a candidacy to return to the U.S. Senate from Minnesota, but lost that election in 2002.

No other information was provided about the reason for Mondale's surgery or what procedure was performed.