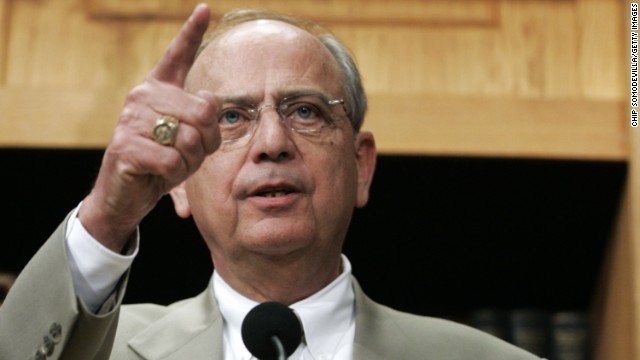 Hastings, who currently serves as the chairman of the House Natural Resources Committee, said in a statement he was stepping down after 10 terms to allow someone new to represent Washington's 4th Congressional District.

"Last Friday, I celebrated my 73rd birthday and while I have the ability and seniority to continue serving Central Washington, it is time for the voters to choose a new person with new energy to represent them in the people's House," Hastings said in his statement.

He also said it was time to spend more time with his children, grandchildren, and especially his wife: "Claire has always been my greatest supporter and the hardest part of every week is leaving her Monday morning to catch an airplane to Washington, DC. She and I both look forward with anticipation to the time we will have together and with our family after my term ends in January."

Under House GOP rules Hastings is term limited to three terms in his committee post, and he's the second committee chair facing the end of his tenure to decide to retire. Recently House Armed Services Chair Buck McKeon, R-California, also announced he would not run for another term in November.

Earlier this week Hastings was one of just 28 House Republicans to vote for a clean bill to raise the debt ceiling. Another GOP member who announced his retirement on Wednesday - Rep. Gary Miller of California - was also part of that group. The vast majority of House Republicans opposed that measure, and some worried that a vote for that bill could draw criticism, or even a primary challenge, from tea party conservatives.

Hastings' seat is considered likely to stay in GOP hands. Hastings won 66% of the vote his 2012 re-election, and Republican presidential nominee Mitt Romney carried the district by 22 percentage points over President Barack Obama.

In a statement, Rep. Greg Walden of neighboring Oregon, the chairman of the National Republican Congressional Committee, praised Hastings and added that "I am confident that the people of Washington’s 4th district will elect another strong, conservative leader this November."