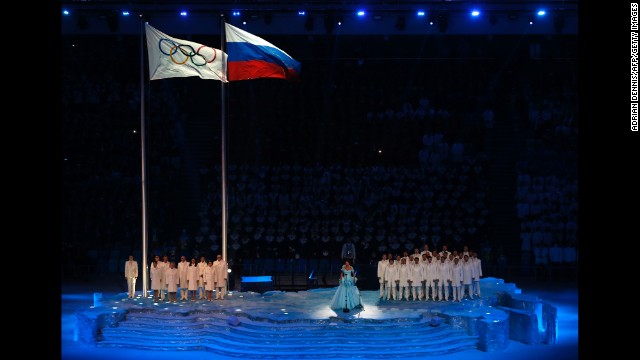 The Gallup survey is similar to a CNN/ORC International poll released last week that indicated that Americans' unfavorable opinions of Russia jumped from 40% in 2011 to 55% now, with favorable views of the country dropping from 57% in 2011 to 41% now.

Headlines involving Russia over the past year may be contributing to the steep decline in the country's favorable ratings among Americans.

"In the past year, Russia has faced scrutiny for granting former National Security Agency contractor Edward Snowden asylum, involving itself in the Syrian civil war, and restricting gay and lesbian civil rights. The threat of terrorism at the Olympics and the allegedly substandard conditions at the Winter Games have also been big media stories in the past several months," said a release by Gallup.

"There are probably plenty of reasons to dislike Russia, but one drag on the country's image in the U.S. is the Russian law concerning public comments in favor of gays and lesbians.  That law is wildly unpopular in the U.S.; only 13% of Americans think this country should have a similar law, with 86% opposing it," said CNN Polling Director Keating Holland. "And then there is the perception that Russia will not be able to prevent a terrorist attack at the Olympics.  57% say that a terrorist attack is likely in Sochi over the next few weeks."

The unfavorable rating of Russia is at an all-time high in Gallup polling, since the organization began asking about Russia soon after the collapse of the Soviet Union in 1991.

No love for Putin

The polls indicate Americans have the same low regard for Russia's president, Vladimir Putin. His unfavorable rating in the Gallup poll stands at 63%, up nine points from last year, with his favorable rating at a low 19%, unchanged from a year ago. Those numbers are similar to the CNN survey, which indicated Putin with a 20%-54% favorable/unfavorable rating.

"Putin was one of the least popular foreign leaders tested in the CNN/ORC poll, behind only Fidel Castro and Kim Jong Un," Holland added.

The poll was conducted for CNN by ORC International from Jan. 31-February 2, with 1,010 adults nationwide questioned by telephone. The survey's overall sampling error is plus or minus three percentage points.

The Gallup poll was conducted Feb. 6-9, with 1,018 adults nationwide questioned by telephone. The survey's overall sampling error is plus or minus four percentage points.