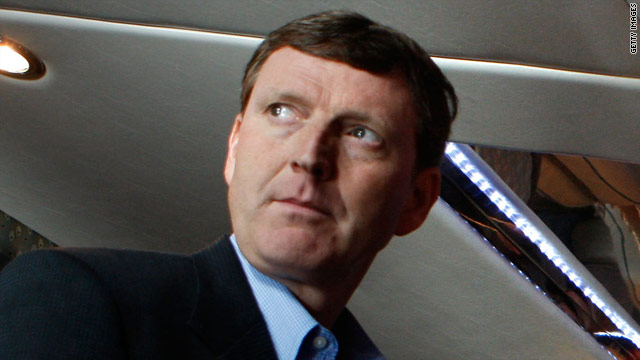 Washington (CNN) - After weeks of speculation, religious conservative Bob Vander Plaats has announced he will not run for Senate in Iowa.

Vander Plaats’ possible entrance into the June primary worried some Republicans who believed he would have hurt their chances of wresting this Senate seat from Democratic hands if he had won the GOP nomination. While Vander Plaats is a popular figure among Christian conservatives, his candidacy may have alienated centrist Republicans and politically moderate independent voters, which are key to winning in a general election.

In a statement of prepared remarks, Vander Plaats said he is foregoing the Senate race to focus on his upcoming spiritual book, “7:14,” which is being published by the Family Leader, an American social conservative political organization in Iowa where Vander Plaats is the president and CEO.

"This has been a very challenging decision," Vander Plaats writes. "I am very humbled and inspired by the Iowa and national leaders who prayed for and encouraged my candidacy. However, after dedicated time seeking clarity for this decision, I did not arrive at the personal peace needed to mount such a demanding campaign,"

Vander Plaats also says that in many ways, the timing for an election was not right for his family or The Family Leader and that the time commitment could compromise the message of his upcoming book.

Vander Plaats says his decision not to run is influenced by his spiritual revival, which he calls his "current passion and calling." His book will address cultural issues and solutions to those issues through a spiritual, not political, lens.

Despite his focus, Vander Plaats says he will support religious candidates in Iowa and nationwide.

"I plan on encouraging all pro-family and God-honoring candidates in the U.S. Senate race and all other races. May God bless them with passion, principles and perseverance," he said.

Speculation of Vander Plaats' run came from his previous campaign efforts in Iowa. He ran for governor in 2002, 2006 and 2010. He has also been active with the national GOP, serving as the Iowa state chair of Republican presidential candidate and former Arkansas Gov. Mike Huckabee's candidacy in 2008.