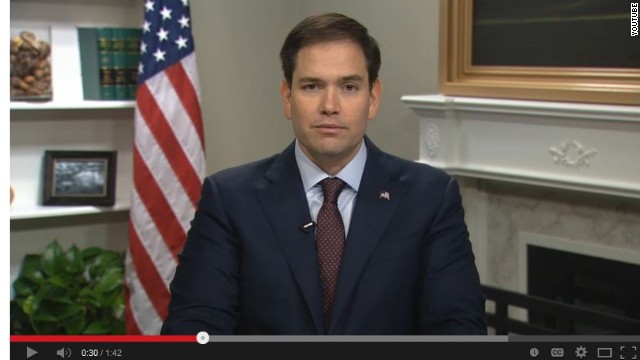 Washington (CNN) - Five years after the signing of the American Recovery and Reinvestment Act of 2009 into law, the measure, which is better known as the Stimulus or Recovery Act, was roundly criticized once again by Republicans.

"The Stimulus That Wasn't: Five Years Later, It's Clear Obama's Stimulus Was A Waste Of Taxpayer Dollars," was the headline on an email blast from the Republican National Committee Monday morning.

The stimulus was the first major bill pushed by Obama as he took over in the White House, and he signed the measure into law just a few weeks into his presidency. The law was designed to respond to the severe recession and skyrocketing unemployment, which the President inherited, by saving and creating jobs by pumping money into the economy. The original price tag of the measure was $787 billion, which was later revised upward to around $830 billion.

The stimulus was immediately opposed by the GOP, which had lost the White House and lost more ground to the majority Democratic Party in both the Senate and the House of Representatives in the November 2012 elections.

Passed by the House with no GOP support, the stimulus cleared the Senate with just three Republicans voting for the measure. The stimulus, along with the Wall Street and auto bailouts implemented a few months earlier under President George W. Bush, are largely credited with sparking the creation of the tea party movement.

"If you recall five years ago, the notion was that if the government spent all this money – that, by the way, was borrowed- that somehow the economy would begin to grow and create jobs. Well, of course, it clearly failed," said Republican Sen. Marco Rubio of Florida, in a video released Monday morning.

"Five years later, underemployment is still too high, the number of people that have dropped out of the workforce is astounding, unemployment remains stubbornly high and our economy isn't growing fast enough – proof that massive government spending, particularly debt spending, is not the solution to our economic growth problems," Rubio added.

The White House Monday afternoon touted the effectiveness of the law.

"Five years after the Recovery Act, the U.S. economy is undoubtedly in a stronger position than when President Obama took office. The economy has now grown for 11 straight quarters, and businesses have added 8.5 million jobs since early 2010. While far more work remains to ensure that the economy provides opportunity for every American, there can be no question that President Obama's actions to date have laid the groundwork for stronger, more sustainable economic growth in the years ahead,"  said Jason Furman, Chairman of the Council of Economic Advisers, in a statement put out by the White House.

Vice President Joe Biden will mark the stimulus on Wednesday, as he travels to Granite City, Illinois to "highlight the need for continued investment in infrastructure to create jobs and grow our economy," according to a release from the White House.

The most recent non-partisan, live operator polling on the stimulus appears to come from Pew Research two years ago. According to that survey, 37% of Americans supported the stimulus, with 41% disapproving and nearly a quarter unsure. As expected, there was a wide partisan divide, with two-thirds of Democrats but just 12% of Republicans supportive of the measure.