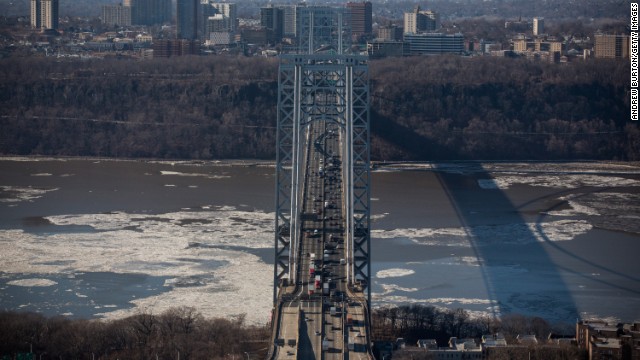 (CNN) - A state legislative committee in New Jersey sought a court order on Wednesday for key figures in a scandal roiling Gov. Chris Christie's administration to comply with subpoenas.

The two have refused to comply with a request for documents relating to the investigation of traffic jams last September around the George Washington Bridge in Fort Lee.

Christie has denied knowing about the gridlock until after it occurred and only through media reports. He also denies knowing anything about an alleged political payback scheme.

The committee, comprised of Assembly and Senate members, essentially argues in its filing that Kelly and Stepien lost their Fifth Amendment rights to remain silent as soon as the texts and emails in question were sent, according to a source familiar with the matter.

The filings argue that the two are not going to incriminate themselves further by providing documents that have already been shared, the source explained.

"Today's court filings are an unfortunate but necessary step to further the committee's work. The committee remains confident in its legal position. We will now let the judicial process play out," Democratic committee co-chairs John Wisniewski and Loretta Weinberg said in a statement.

Stepien's attorney, Kevin Marino, said that "we received their brief late this afternoon but have not reviewed it yet. We will do so and respond appropriately."

Kelly's attorney did not immediately return a request for comment.

Her email saying "Time for some traffic problems in Fort Lee" sent to another prominent figure in the controversy, David Wildstein, weeks before the traffic jams occurred accelerated the probe when it surfaced publicly in January.

Kelly was fired and Stepien was cut lose from Christie's political organization.

Several other Christie advisers who received subpoenas have complied with the request for information.

Christie has said his office is turning over documents.

Separately, commuters and travelers got an apology on Wednesday from the transportation agency at the center of the scandal.

David Samson, chairman of the Port Authority of New York and New Jersey, said he was "deeply sorry for the inconvenience" caused by the lane closures.

He said he would have liked to comment further but could not due to the ongoing investigations.

"I trust that when the facts unfold the public will have a complete picture of what happened," he said at a regularly scheduled meeting of the Port Authority's Board of Directors.

Samson, appointed to the agency by Christie, has been subpoenaed as part of the legislative committee investigation of the mess that has raised questions about Christie's governing style and clouded any prospects for a 2016 presidential run.

In addition to that probe, the U.S. Attorney's Office in New Jersey is also looking into the matter.