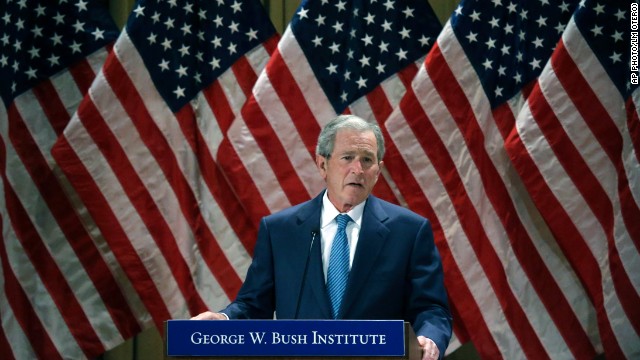 The thing George W. Bush misses about being president

(CNN) - The country's 43rd president speaks. And reflects. And makes a joke – a rather good one.

In a rare public appearance, former President George W. Bush said Wednesday he gets asked if he misses being president.

[twitter-follow screen_name='politicalticker']
His short answer: "No."

Oh wait, he takes that back. He said he misses Air Force One.

"I mean in eight years they never lost my baggage," Bush added.

"I intend to salute these men and women for the rest of my life," he said.