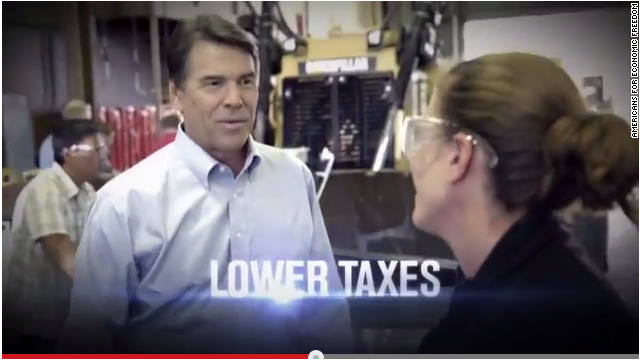 The 30-second commercial stars Perry, standing before the state capitol building in Austin, looking straight into the camera and highlighting Texas' business-friendly tax and regulatory climate.

"In Texas, we have conservative leadership," Perry says. "In Illinois, it's liberal. And there's a big difference."

It's the first state-targeted ad funded by Americans For Economic Freedom, an independent 501(c)4 group created last year by political operatives close to Perry that seeks to promote "states with conservative fiscal leadership and policies."

It's not the first time Perry has sought to promote his home state on the Illinois airwaves.

Perry happens to be facing off against Illinois' governor, Pat Quinn, on Friday's episode of CNN's "Crossfire."

The ad will air in Chicago and on national cable.