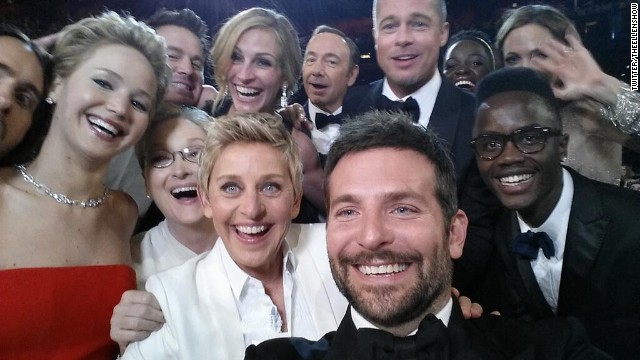 CRISIS IN UKRAINE …OBAMA THREATENS TO ‘ISOLATE’ RUSSIA:
President Barack Obama said Monday that the U.S. was examining a series of steps to “isolate Russia” if Moscow continued its current trajectory into Ukraine:

“I spent the weekend talking to leaders across Europe and I think the world is largely united in recognizing that the steps Russia has taken are a violation of Ukraine’s sovereignty, Ukraine’s territorial integrity, that they’re a violation of international law. They’re a violation of previous agreements Russia has made with respect to how it treats and respects its neighbors. And as a consequence, we got strong statements from NATO and from the G7 condemning the actions that Russia’s taken … What cannot be done is for Russia with impunity to put its soldiers on ground and violate basic principles that are recognized around the world

MCCAIN TO OBAMA ADMINISTRATION: THIS IS YOUR FAULT
SEN. JOHN MCCAIN, R-ARIZONA, TO CNN’S HALA GORANI ON CNN INTERNATIONAL: “We are where we are because of a feckless, misguided, delusional foreign policy that has put us in this place today. Putin is acting the way he is because he believes and very likely he will get away with it.”

PLEA FOR HELP … FORMER UKRAINE PRIME MINISTER YULIA TYMOSHENKO TO CNN’S CHRISTIANE AMANPOUR: "I am asking all the world, personally every world leader, to use all the possibilities in order to avoid Ukraine losing Crimea … The world should understand, should realize, that Ukraine on its own won’t be able to solve this issue with Russia on its own. Absolutely not possible.”

DID YOU EVER WONDER IF PROTESTORS COULD HEAR FAMOUS ACTORS CHAMPIONING THEIR CAUSE? …. While 43 million people watched the Oscars telecast in America, the Guardian reports that the telecast was blocked in Russia after actor Jared Leto mentioned the Ukraine in his Academy Award acceptance speech.

At the last moment, Lupita’s brother Peter leapt into the star-packed picture - blocking most of Angelina Jolie’s face from view. The “selfie” has been tweeted more than 2.6 million times so far, making it the most retweeted tweet ever, and breaking the record previously held by President Barack Obama.

TRAIL TRIVIA
(Answer below)
Which former presidential candidate is now the Chairman and CEO of the Motion Picture Association of America?

the LEDE
Did you miss it?
Leading CNNPolitics: Democrat hopes for big upset in Maine Senate race
National Democrats are focusing on states like Kentucky and Georgia to fend off a furious effort by Republicans to retake the Senate. But Shenna Bellows thinks Maine may hold upset potential for her party, so much so that she's running and having some success recently with fundraising. – Dana Davidsen

Leading CNNMoney: Clinton adviser to lead Microsoft strategy
Mark Penn, the architect of Hillary Clinton's presidential run in 2008, is taking over as head of strategy at Microsoft. New Microsoft CEO Satya Nadella wants to streamline oversight of the software giant's strategy, according to a source who was briefed on the plans but not authorized to discuss them publicly. Penn had been leading Microsoft's advertising and marketing strategy, but he split the overall strategy duties with two other executives. – David Goldman

Leading Cincinnati Enquirer: Boehner to Enquirer: Putin a 'thug'
The time has come to join with Europe to impose sanctions against Russia, House Speaker John Boehner said in an exclusive meeting at The Enquirer Monday. But Boehner did not say what sanctions should be taken in the wake of Russia’s threatening military action in Ukraine. “It’s time to stand up to (Vladimir) Putin,” Boehner said, calling the Russian leader a “thug.” “At what point do you say enough is enough. We are at that point.

Leading HuffPo: MoveOn Launches Campaign Targeting Republicans Over Obamacare Medicaid Expansion
MoveOn's billboard campaign, which begins on March 3, will detail how many local residents have been denied health care coverage without the expansion. The Texas billboard, for example, takes aim at Republican Gov. Rick Perry and reads: "Welcome to Texas! Where Gov. Perry has denied 1,046,000 Texans health care and now all Texans are paying for it. It’s like a whole other country." – Sabrina Siddiqui

Leading New York Times: Pressure Rising as Obama Works to Rein In Russia
As Russia dispatched more forces and tightened its grip on the Crimean Peninsula on Sunday, President Obama embarked on a strategy intended to isolate Moscow and prevent it from seizing more Ukrainian territory even as he was pressured at home to respond more forcefully. – Peter Baker

HOT SOTS
The political bites of the day
- Feinstein: Russia doesn’t care about our threats -
CHAIRMAN OF THE SENATE SELECT COMMITTEE ON INTELLIGENCE SEN. DIANNE FEINSTEIN, D-CALIFORNIA, IN A STATEMENT: “I do not believe that threats mean much to Russia’s leadership. Instead I believe the recognition and satisfaction of the interests of both sides are paramount.”

- Inhofe on Russia: ‘I warned this day was coming’ -
SEN. JAMES INHOFE, R-OKLAHOMA, IN A STATEMENT: “Throughout this Administration, I have also warned that if the United States does not maintain a ready and capable military, we would surrender our global influence and leave a vacuum that will be filled by Russia. I warned this day was coming, and it is here. President Obama's attempt to seek peace through apologetic diplomacy while defunding and dismantling our military has failed. Today our enemies don't fear us and our allies no longer respect us.”

- McCain: Ukraine crisis result of 'flexible' Obama –
MCCAIN TO CNN’S WOLF BLITZER: “This president tells - my famous overheard conversation - Vladimir that I'll be more flexible when I'm reelected. Well, look - what has this flexibility gotten us?”

- Candidate uses ‘American Hustle’ in newest campaign ad -
FORMER SEN. LARRY PRESSLER, R-SOUTH DAKOTA, IN A CAMPAIGN AD FOR ANOTHER TERM AS SENATOR AS AN INDEPENDENT: "American Hustle shows the FBI making real-life bribes to Washington politicians … I know, because as your U.S. senator, I turned them down … This is the type of honest leadership I would bring to Washington, D.C."

- Bibi stresses Israel’s need for protection against Iran nuclear power -
ISRAEL PRIME MINISTER BENJAMIN NETANYAHU TO REPORTERS IN A MEETING WITH PRESIDENT OBAMA: “The greatest challenge, undoubtedly, is to prevent Iran from acquiring the capacity to make nuclear weapons. I think that goal can be achieved if Iran is prevented from enriching Uranium and dismantles fully its nuclear installation facilities. Mr. President, if that goal can be achieved peacefully and through diplomacy, I can tell you no country has greater stake in this than Israel.”

- Reid on Ukraine: We should wait for the E.U., wait this out a while -
SENATE MAJORITY LEADER HARRY REID IN AN INTERVIEW WITH POLITICO: “The most important thing is for us – the United States – to make sure that we don’t go off without the European community … We have to work with them. Their interests are really paramount if we are going to do sanctions of some kind. We have to have them on board with us … We couldn’t do congressional action if we wanted, we can’t get in the damn building. I think we should just play this out for a while.”

Kevin Bohn (@KevinBohnCNN)
On CNN McCain hits 2 Presidents "We have to regain credibility. We have none" now; says Bush should have done more when Georgia was invaded

Former Sen. Chris Dodd, D-Connecticut, is the CEO and Chairman of the Motion Picture Association of America. Dodd was appointed the position in March 2011. He leads the Association’s efforts to protect the intellectual property of filmmakers from cyber theft as well as protecting free speech and advancing technology to develop new platforms to deliver movies.

Dodd served in Congress for over 30 years, as both a representative and Senator from Connecticut. In the 2008 presidential cycle, Dodd ran unsuccessfully for the Democratic nomination, withdrawing from the race in 2007 after polls showed he was falling far behind other candidates.

As for his movie resume, Dodd made a cameo appearance in the 1993 movie “Dave,” playing a role that came naturally.