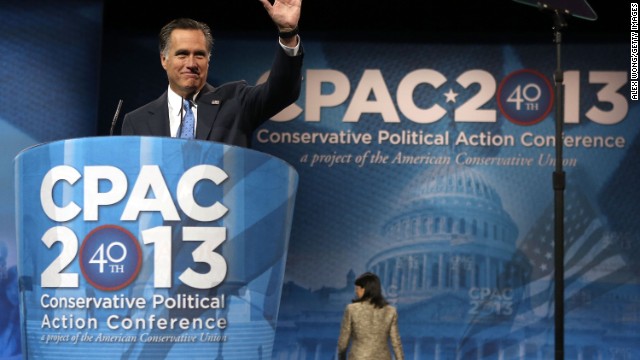 It often comes with some controversy. Offensive statements, personal exclusion and political maneuvering – things that come with any large group or gathering – generate headlines.

Here are some of the news- and noteworthy components of CPAC:

Atheists welcome. Or not: This year’s conference hasn’t even started and CPAC, which is run by the American Conservative Union, allowed the American Atheists organization to host a  booth at this year’s conference. But after a story in CNN that quoted its president as saying “the Christian right should be angry that we are going in to enlighten conservatives,” the ACU disinvited the Atheists.

Chris Christie dissed: Last year about this time, New Jersey Governor Chris Christie was the next hottest thing in the Republican Party. I mean, he hadn’t closed down any bridges yet.

But he was not invited to speak at CPAC because he wasn’t conservative enough.

In retrospect, who was it a death wish for? CPAC is going strong and Christie’s numbers are tanking post-Bridgegate.

But this year, Christie was invited and will speak. His scandals have actually increased his support among some conservatives.

Gays Invited. Then not: A pattern seems to be emerging. In a breakthrough moment for gays and conservatives, the Republican lesbian and gay group, GOProud was invited to CPAC in 2011. But after receiving criticism from some apparently influential conservatives, GOPround has not been invited back since.

Jimmy LaSalvia, co-founder of GOProud, told CNN that “there were folks… that wanted us barred from CPAC simply because we're gay. And they took advantage of the leadership change at the organization and were successful in keeping us out this year.”

‘Severely conservative’: During his 2012 presidential run, when Romney was trying to convince conservatives that he was one of them, he made the cringe-worthy remark that plagued the remainder of his presidential campaign as Republicans thought he was trying way to hard and Democrats laughed under their breath.

Romney described himself as "a severely conservative Republican governor" on the ground of social issues.

Sarah Palin: After setting the conservative political world on fire with her emergence as John McCain’s running mate in 2008, Sarah Palin refused an invitation to speak at CPAC in 2009, 2010 and 2011. Finally in 2012, she agreed and was the closing speaker.

She told President Barack Obama that conservatives are “through” with him.

The infamous straw poll: Every year, CPAC participants vote on who they want to be the next President. Usually there are at least a dozen names on the ballot, sometimes more in the years furthest away from a presidential election.

Other notable winners include future Presidents – Ronald Reagan and George W. Bush, the only two in its nearly 40 year history who went on to the oval office.

With four wins, Mitt Romney has won the most times, followed by Ronald Reagan and Jack Kemp.