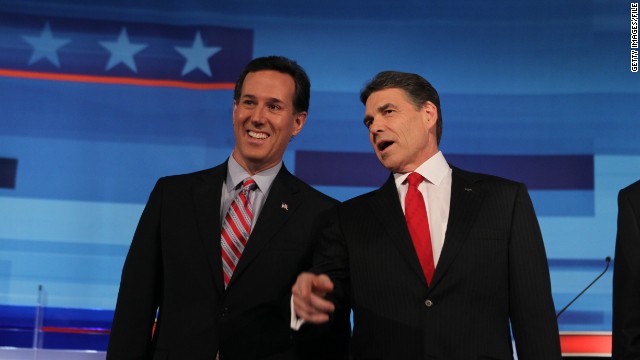 But for Rick Santorum, who won the Iowa GOP caucuses in 2012 by a razor-thin margin, and Rick Perry, the results indicate Hawkeye State Republicans aren't quite as excited about the prospects of another presidential bid by the former Pennsylvania senator and the Texas governor. END_OF_DOCUMENT_TOKEN_TO_BE_REPLACED 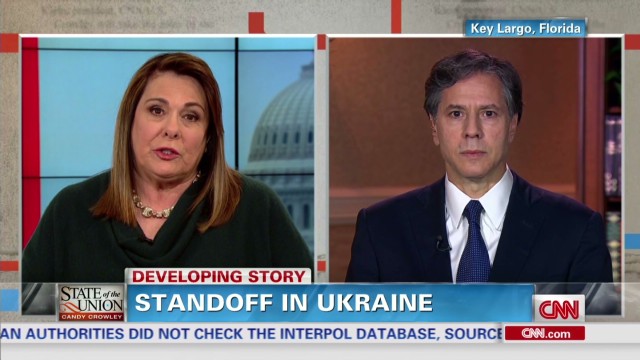 The Sunday political talk shows were stacked with Republicans, and most of them said President Barack Obama has repeatedly showed weakness in his foreign policy, bolstering Russian President Vladimir Putin’s resolve and agenda in Ukraine.

Obama is not weak: Tony Blinken, Obama’s deputy national security adviser, defended the President and his response to Putin’s advancement in the Crimean peninsula in Ukraine.

END_OF_DOCUMENT_TOKEN_TO_BE_REPLACED

(CNN) – In a move that is generating even more 2016 presidential buzz, the chairman of Iowa’s Republican Party is leaving his position to work for Rand PAC, a group that supports Sen. Rand Paul of Kentucky.

A.J. Spiker, who’s been chairman since February 2012, sent a letter to Iowa GOP committee members Friday, saying that he was stepping down and that elections for a new chairman would take place on March 29, according to a statement released Saturday by the state party.

END_OF_DOCUMENT_TOKEN_TO_BE_REPLACED

(CNN) - Mitt Romney, 2012 GOP presidential nominee, and his former running mate, Rep. Paul Ryan, tweeted Sunday that they bumped into each other at the airport.

Bumped into this nice young family at the airport. pic.twitter.com/UuIj4mIxfO

END_OF_DOCUMENT_TOKEN_TO_BE_REPLACED

(CNN) – They were both popular speakers who blasted government overreach at the Conservative Political Action Conference, but Sen. Rand Paul and Sen. Ted Cruz found themselves at odds this weekend over foreign policy and political strategy.

Both considered potential 2016 presidential contenders with strong tea party support, the two normally line up on a host of issues. But perhaps they’re now trying to draw some distinctions as they wade deeper into the next presidential cycle and gain more attention on the national stage. END_OF_DOCUMENT_TOKEN_TO_BE_REPLACED

Crist: Democrats ‘ought to strengthen up’ and support Obamacare

(CNN) – Former Florida Gov. Charlie Crist, who’s looking to get his old job back - this time as a Democrat - argued Sunday that Democrats need to “strengthen up” and own Obamacare in this year’s midterms.

On CNN’s “State of the Union,” Crist panned his former party, the GOP, but admitted that the Sunshine State’s economy has improved under Republican Gov. Rick Scott—though he argued it could be “a lot better.”

END_OF_DOCUMENT_TOKEN_TO_BE_REPLACED

Empty your notebook: Scott Brown sending signals that he intends to jump in and 5 other things you learned on ‘Inside Politics’

1. GOP JITTERS IN FLORIDA: The special House election in Florida’s 13th Congressional District is Tuesday, but many plugged-in Republicans there are predicting defeat – and are already finger pointing.

It’s a competitive district, but the seat has been in GOP hands for decades, so a win by Democrat Alex Sink would sting the GOP, and no doubt set off a round of debate about the party’s midterm election strategy – despite the fact history suggests the results of special elections often say very little about what will happen come November.

END_OF_DOCUMENT_TOKEN_TO_BE_REPLACED 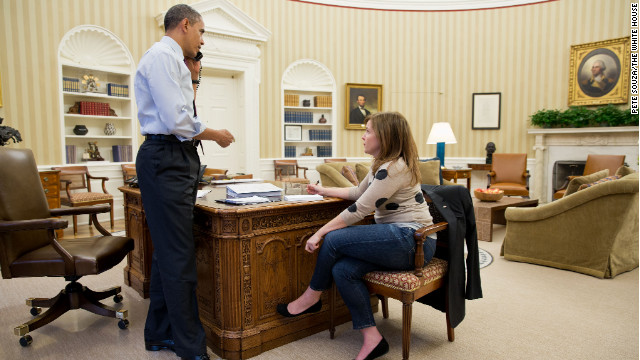 (CNN) – President Barack Obama’s deputy chief of staff will leave the White House later this year to pursue a career in the private sector.

Alyssa Mastromonaco previously served as director of presidential scheduling and advance at the White House and served in the same capacity during Obama’s first presidential campaign.
END_OF_DOCUMENT_TOKEN_TO_BE_REPLACED

5 things we learned from CPAC

National Harbor, Maryland (CNN) - It would be a mistake to read too much into the speeches, breakout sessions and late-night parties that took place at the annual Conservative Political Action Conference.

Thousands of right-leaning activists made the pilgrimage here this year, to a convention hall outside the nation's capital. They were greeted, as they are every year, by a bevy of candidates, bloggers, political operatives and more than a few hucksters out to make a buck.