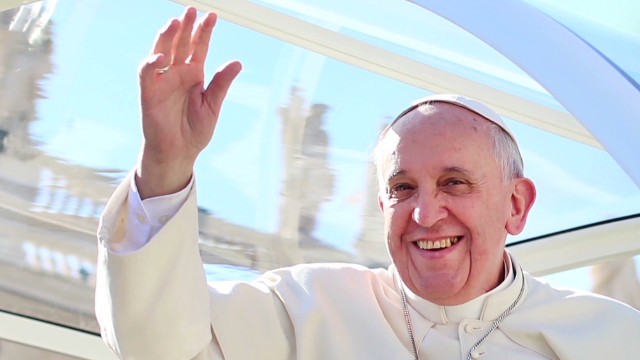 Boehner, who is Catholic, noted in a statement that the Argentinian was the first Pope "to hail from the Americas."

The Speaker said his teachings, "rooted in ‘the joy of the gospel,’ have prompted careful reflection and vigorous dialogue among people of all ideologies and religious views in the United States and throughout a rapidly changing world, particularly among those who champion human dignity, freedom, and social justice."

Boehner’s letter to Francis said the invitation was on behalf of the bipartisan leadership of the House and the Senate.

Francis marked his first year as leader of the Catholic Church with a simple message to his nearly 4 million Twitter followers: "Please pray for me."

President Barack Obama is scheduled to travel to the Vatican on March 27 for an audience with Francis.

Since he took his post last year, Francis has put a major emphasis on social justice.

In his statement, Boehner alluded to the political debate about Francis' outspoken comments on the inequities of capitalism.

Boehner said the principles Francis emphasizes are "among the fundamentals of the American Idea. And though our nation sometimes fails to live up to these principles, at our best we give them new life as we seek the common good. Many in the United States believe these principles are undermined by ‘crony capitalism’ and the ongoing centralization of political power in the institutions of our federal government, which threaten to disrupt the delicate balance between the twin virtues of subsidiarity and solidarity."

The Vatican has not announced any plans for the Pope to visit the United States.