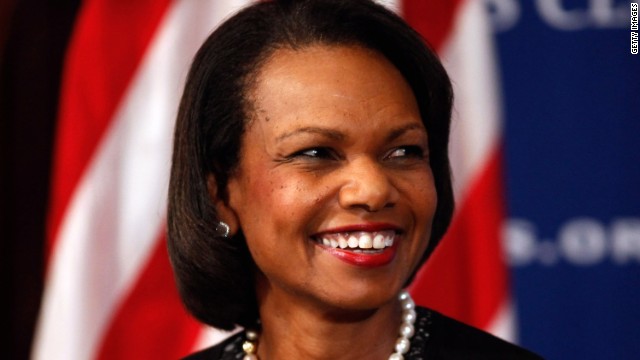 As a featured speaker at the California Republican Party luncheon in Burlingame, Rice touched on many issues central to the Republican’s party’s future – from economic inequality and education, to foreign policy and military strength.

Rice also will headline the National Republican Congressional Committee at its annual March dinner later this month.
Rice called on values of individual responsibility and limited government and described the creativity and technological innovation she sees as a product of a strong private sector in Silicon Valley.

However, Rice’s speech also was one of inclusion and of community support, especially when it comes to education and social mobility.

California is the home of about 2.5 million of the estimated 11 million undocumented immigrants in the United States. Immigration has become a central political issue in the state. Republicans are facing more and more pressure to follow up on promises of immigration reform and Rice touched on its importance.

“We have to continue to be a place where people who want be a part of that dream can come and be welcomed within our laws, but also within our values,” Rice said.

Rice also commented on the ongoing crisis in Ukraine and called on the audience to remember America’s own roots of revolution and rebellion.

“We have to continue to speak for those people who want the liberties that we have,” Rice said.

Rice echoed the words of President Ronald Reagan and called for “peace through strength.”

“We cannot sustain an active foreign policy without a strong military,” Rice told the audience.

“If we leave a vacuum, it will be filled by the likes of Bashar al-Assad in Syria, who’s tearing apart the Middle East, by the terrorists in Iraq and Syria where al Qaeda has been reborn,” Rice said. “By the likes of (Russian President) Vladimir Putin.”

“That is a world that will not be good for our interest or our values, and so America has to lead.”