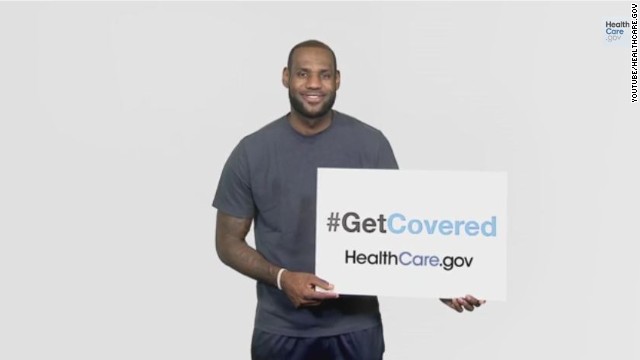 Washington (CNN) - As hoop heads across the country prepare for the Big Dance, President Barack Obama's administration is banking on a new March Madness-focused campaign to help boost Obamacare enrollment.

To coincide with the start of NCAA basketball tournament, a White House official says the administration is launching an all-encompassing push around the annual basketball bonanza that will feature athletes, coaches, and others, in hopes of spurring more Americans to sign up for health care before the March 31 deadline.

According to the official, the effort starts in earnest Monday morning when Univision Radio's Locura Deportiva airs an interview with President Obama.

The White House is also set to release a "16 Sweetest Reasons to Get Covered Bracket," detailing the administration’s top reasons to get insured. The administration believes it can parlay the popularity of the President's bracket - a recent tradition that registered the most views of any blog on WhiteHouse.gov during 2013 - into tangible enrollments by updating the results of the ACA bracket based on the "winning" votes from online users.

From there, the White House will pitch basketball fans on all fronts - television, radio, digital, online, and social media - throughout the coming week.

ESPN Deportes network will air an interview with McDonough, who's already given interviews to sports talk radio stations to help pitch enrolling in the federal health care exchange, on its syndicated network of stations. Duncan and Schiliro will also call in to sports stations across the country to sell the merits of the law.

The White House luminaries - many of whom played basketball, most notably Duncan, who captained the Harvard team during his time there - will join a growing roster of basketball stars chipping in to help sell the ACA, including Magic Johnson, Alonzo Mourning and LeBron James.

James, the reigning back-to-back MVP in the NBA, cut a 30-second public service announcement for the administration that will air widely on ESPN, ABC, TNT and NBAtv, in addition to during March Madness games. The ad from the two-time NBA champion of the Miami Heat is focused on persuading the “young invincibles” demographic - those who feel they don't need health insurance because of their age and general good health - to get covered.

"You never know when you might take a hit," James says in the TV spot.

On the social media front, a large chunk of the administration's effort will come from HHS. The department, via Healthcare.gov's Twitter and Facebook platforms, will promote enrollment through NCAA tournament graphics and other posts and paid promotions aimed at basketball fans. The administration official also says HHS plans on tasking Sebelius, a Kansas Jayhawks fan, with tweeting about the tournament's action.

The White House is also planning a coordinated effort with Gameplan4me.com. The administration touted the collaboration between the sites, athletes involved in the campaign and government officials as a unique partnership that meshes with the White House's overarching goal of encouraging young people to make healthy decisions, which includes signing up for insurance.