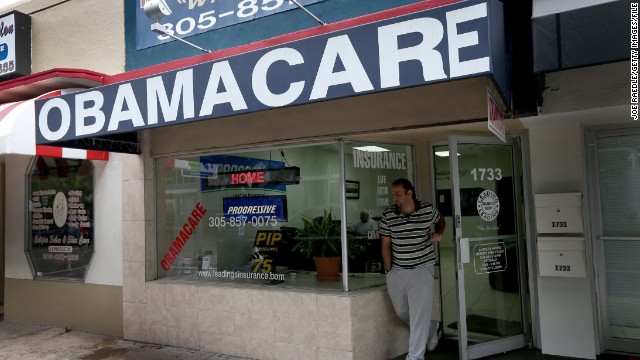 Washington (CNN) – The White House is getting some outside help in its final push to encourage enrollment in the Obamacare insurance exchanges before the sign-up period ends on March 31.

Organizing for Action, the political action group that grew out of President Obama’s 2012 reelection campaign, is releasing a new video on Thursday to go along with a series of tweets by prominent Democrats encouraging enrollment.

The group is hoping the video and tweets will be shared on social media as part of the popular Twitter hashtag “Throwback Thursday,” where people share nostalgic pictures of themselves from the past.

The new video, which will be released Thursday afternoon, features actor John Cho, star of the popular “Harold and Kumar” movies, joking about the potentially dangerous things he did as a younger man. Cho’s co-star in those movies, Kal Penn, was a frequent surrogate for Obama during both of his campaigns and left acting for a period to work in the Obama White House.

While Cho says he won’t get into specifics, in the video he says, “Rode a cheetah,” “Hang gliding,” and “Grapple hooks.”

The video and tweets are part of a campaign OFA is calling “Life Happens – Get Covered,” where they hope their supporters will share pictures or memories of times they were injured and appreciated their health insurance.

Chicago Mayor and former White House Chief of Staff Rahm Emmanuel and New Jersey Senator Cory Booker also got in on the fun. Emmanuel tweeted a photo of his right hand, where he’s missing the tip of his middle finger due to an injury sustained as a teenager.

Using the same hashtags, Booker shared a photo of himself as a high school football player, landing on his head while catching a football.

OFA’s efforts on Thursday are part of a month-long effort meant to spread the word about enrollment, and specifically to encourage young people who are uninsured to purchase coverage.

The demographic, often called "young invincibles," is seen as crucial to keeping health care costs down on the new exchanges because younger customers are often less expensive to insure.