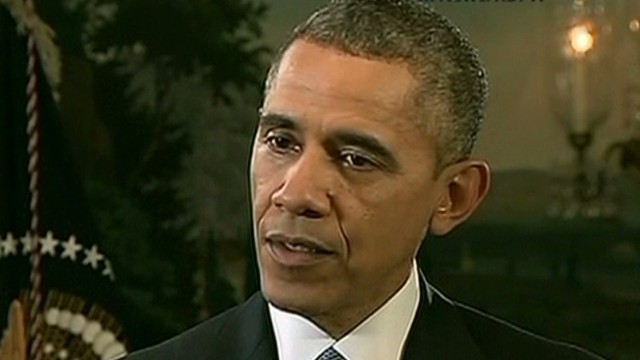 Washington (CNN) - President Barack Obama on Thursday announced more sanctions on individuals and one bank in response to Russia's moves to annex the Crimean Peninsula, as well as a new executive order that authorizes possible further sanctions on what he called "key sectors" of the Russian economy.

"We want the Ukrainian people to determine their own destiny and have good relations with the United States, Russia, Europe - anyone they choose," the President  said in calling for continued diplomatic efforts to resolve the ongoing crisis over Russia's moves to annex the Crimean Peninsula.