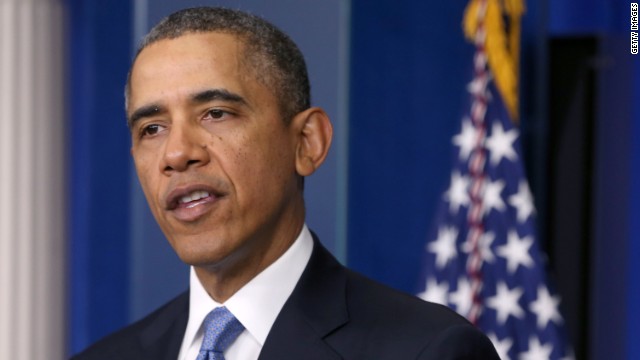 Obama: Democrats get ‘clobbered’ in midterms

(CNN) - President Barack Obama argued Thursday night that Democrats have low turnout and get "clobbered" in midterm elections because of the "toxic" nature of Washington.

“The problem is not that the American people disagree with us on the issues," the President said. "The challenge is, is that our politics in Washington have become so toxic that people just lose faith and finally they just say, 'You know what, I’m not interested, I’m not going to bother, I’m not going to vote.' ”

His comments came at a dinner in Miami for the Democratic Congressional Campaign Committee, which aims to get Democrats elected to the House, at the home of retired basketball star Alonzo Mourning.

Obama has been actively trying to fundraise for Democratic groups this cycle as the party anticipates a tough battle in its efforts to win back the House majority, as well as maintain control of the Senate.

The President said turnout is better for Democrats in presidential election years because young people, blacks, Hispanics and women are more likely to vote - what he called "a more representative cross-section of America."

“But in midterms we get clobbered - either because we don’t think it’s important or we’ve become so discouraged about what’s happening in Washington that we think it’s not worth our while.”

"We’re going to have to get over that," he added. "This is a top priority."

Obama said little about his health care law, an issue that some Democrats have tried to stay away from on the campaign trail.

After a high-profile loss in a special congressional election in Florida last week where Obamacare was a central issue, some Democrats are growing increasingly nervous about being linked to the law, which has had a series of setbacks. There are also worries that the issue could cause them to lose their 55-45 majority in the Senate.

House Democratic Leader Nancy Pelosi, however, argued Thursday that Obamacare will actually help those running in competitive districts this fall.

"I believe that it's a winner," Pelosi replied when asked Thursday how the issue would play in swing districts. But she maintained that Democratic campaigns are mostly focused on the economy.

Democrats need to pick up a challenging 17 seats in order to retake the House.

While the second-highest ranking Democrat in the House, Rep. Steny Hoyer, predicted last month his party was in a good position to retake control of the House, the chairwoman of the Democratic National Committee, Rep. Debbie Wasserman Schultz, said she expects Democrats to gain seats but stopped short of predicting a takeover.