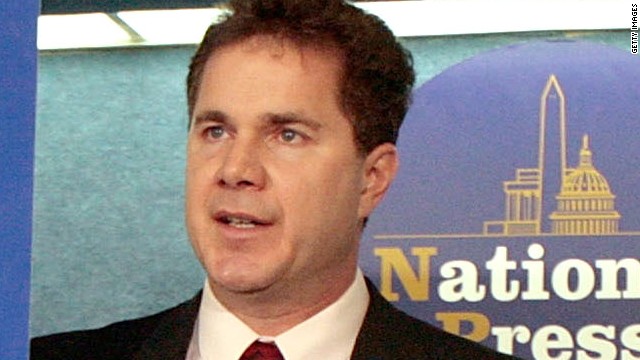 Braley also tells a group of supporters in the video that "if you help me win this race, you may have someone with your background, your experience, your voice, someone who’s been literally fighting tort reform for thirty years, in a visible or public way” on the Judiciary panel.

In a written statement, Braley apologized for his remarks.

Braley also noted that both of his parents "grew up on Iowa farms during the Great Depression. It deeply influenced who they are and who I am, and gave me a profound appreciation for what farmers do for the world."

The group's executive director, Tim Miller, told CNN that Braley made the remarks at a campaign event in Corpus Christi, Texas.

A statement on America Rising's web site says Braley made his remarks while addressing a group of lawyers at a fundraiser.

"Mocking a 'farmer from Iowa who never went to law school' seems like a bizarre strategy for courting voters in Iowa," the statement concludes.

"While chumming with his fellow trial lawyers at a fundraiser, Bruce Braley revealed what low regard he holds Iowa farmers and the honorable Sen. Chuck Grassley," Miller told CNN.

Braley, a four-term congressman, is a former head of the Iowa Trial Lawyers Association.

In his apology, Braley insisted that he has "tremendous respect for Iowa farmers and appreciates how important they are to our state.”

“I’m grateful to have the support of hundreds of farmers across Iowa," Braley said.

The 57-year-old Braley, who currently represents Iowa's 1st Congressional District based in Cedar Rapids and Dubuque, is generally considered a frontrunner to fill the seat being vacated next year by five-term Democratic Sen. Tom Harkin.

An ad released by her campaign Tuesday also used the profession of farming to make a point about politics, but in a very different way.

"I grew up castrating hogs on an Iowa farm so when I get to Washington I'll know how to cut pork," Ernst says in the 30 second ad. "Washington's full of big spenders, let’s make them squeal."

In a statement on her campaign's website Ernst also called for Braley to apologize.

"How out of touch with Iowa can you be? I call on Braley to immediately apologize to Senator Grassley, and every other farmer in Iowa."

The most recent non-partisan public opinion polling, conducted by Quinnipiac University earlier this month, showed Braley with large single-digit and small double-digit leads over many of his potential GOP opponents in the November general election, with about a quarter of Hawkeye State voters unsure.

Iowa holds its Senate primary in June. While there's a crowded field vying for the GOP nomination, Braley faces no serious opposition for the Democratic nomination.