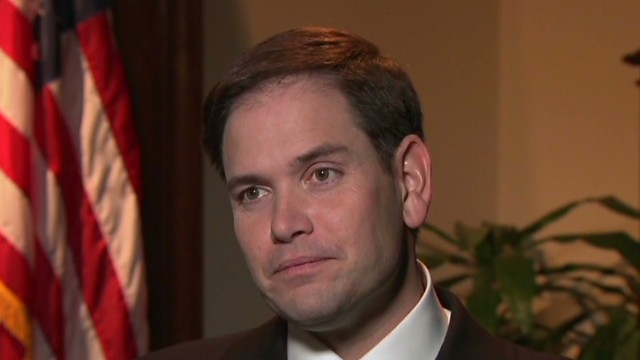 The May visit to the first-in-the-nation primary state by the potential 2016 Republican presidential contender is raising eyebrows among those who cover national politics.

The first-term GOP senator from Florida will make an appearance at the Rockingham County Republican Committee's annual "Freedom Founders" dinner, a source with knowledge of the gathering confirmed to CNN. The May 9 event, which will be held at the historic Wentworth-By-The-Sea hotel just outside of Portsmouth, was first reported by the New Hampshire Union Leader's John DiStaso.

Many of the other potential Republican White House hopefuls, such as Sen. Rand Paul of Kentucky, Sen. Ted Cruz of Texas, 2012 GOP presidential candidate and former Sen. Rick Santorum of Pennsylvania, Texas Gov. Rick Perry, and Louisiana Gov. Bobby Jindal, have made numerous trips to all or some of the early primary and caucus states such as New Hampshire, Iowa and South Carolina.

But Rubio has not. This is the senator's first trip to any of those three states since the last presidential election, other than an appearance at an event for Iowa Gov. Terry Branstad soon after the 2012 election, which Rubio indicated he agreed to attend months earlier as a favor to Branstad.

Earlier this month Jindal and Santorum, as well as Rep. Peter King of New York, who's also flirting with a 2016 bid, addressed the crowd at the Northeast Republican Leadership Conference in Nashua. And early next month Paul, Cruz, 2008 GOP presidential candidate and former Arkansas Gov. Mike Huckabee, who's considering a second White House run, speak at a "Freedom Summit" hosted by Americans for Prosperity and Citizens United.