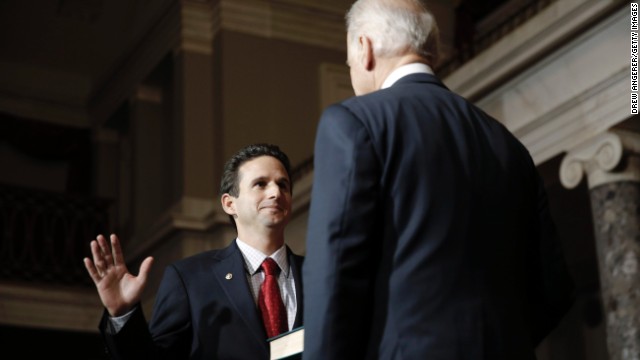 Schatz, previously lieutenant governor, was appointed to the U.S. Senate by Gov. Neil Abercrombie in 2012 after the death of longtime Democratic Sen. Daniel Inouye.

Schatz is now running in a 2014 special election to fill the remainder of Inouye's term through 2016.

Hanabusa, meanwhile, has support from Inouye's family and former Sen. Daniel Akaka of Hawaii. Days before his death, Inouye himself requested that Hanabusa succeed him in office, but Abercrombie went with Schatz instead.

In his endorsement, which was announced Monday by Schatz's campaign, Obama said he's worked with Schatz in the past on issues related to Hawaii.

"Brian's deep commitment to the people of Hawaii and his effective leadership are why I believe it is important to return him to the Senate," he continued. "There is no question that Senator Schatz is the right choice to continue delivering for Hawaii."

While the President has been actively fundraising for 2014 Democratic candidates, he has largely stayed away from primary battles.

"The President feels that Senator Schatz has done a good job fighting for the families of Hawaii," White House spokesman Jay Carney said Monday in the daily press briefing, confirming the endorsement.

EMILY's List, a group that supports Democratic, pro-choice women running for office, has been supportive of Hanabusa's Senate campaign. Its president, Stephanie Schriock, argued Monday the race will be decided in Hawaii, "not Washington."

"Colleen Hanabusa is a trusted leader – which is why she's leading in the Hawaii polls and was Sen. Inoyue's own choice to carry on his legacy," Schriock said in a statement. "Only one person, Gov. Abercrombie, made the decision to appoint Brian Schatz to this seat – Hawaii voters will finally have a chance to vote on who represents them in the Senate on August 9."

Schatz was an early backer of Obama in his first presidential campaign in 2008, while Hanabusa was a strong supporter of Obama's then-primary opponent Hillary Clinton.

Obama, however, appeared in a general election ad for Hanabusa's re-election campaign in 2012.

The Senate primary is August 9, and the winner is almost sure to go on to win the special election, as the seat is widely considered safe for Democrats.

As of the beginning of the year, Schatz had a significant cash advantage over Hanabusa, with $2.4 million in the bank, compared to Hanabusa's $879,000. The deadline for the most recent filing period is Monday, meaning both campaigns' numbers could dramatically change.

Two local polls last month, however, indicated the race was much tighter, with one poll showing a tie, while the other showed Hanabusa with an eight percentage point advantage.

CNN's Kevin Liptak and Kevin Bohn contributed to this report.